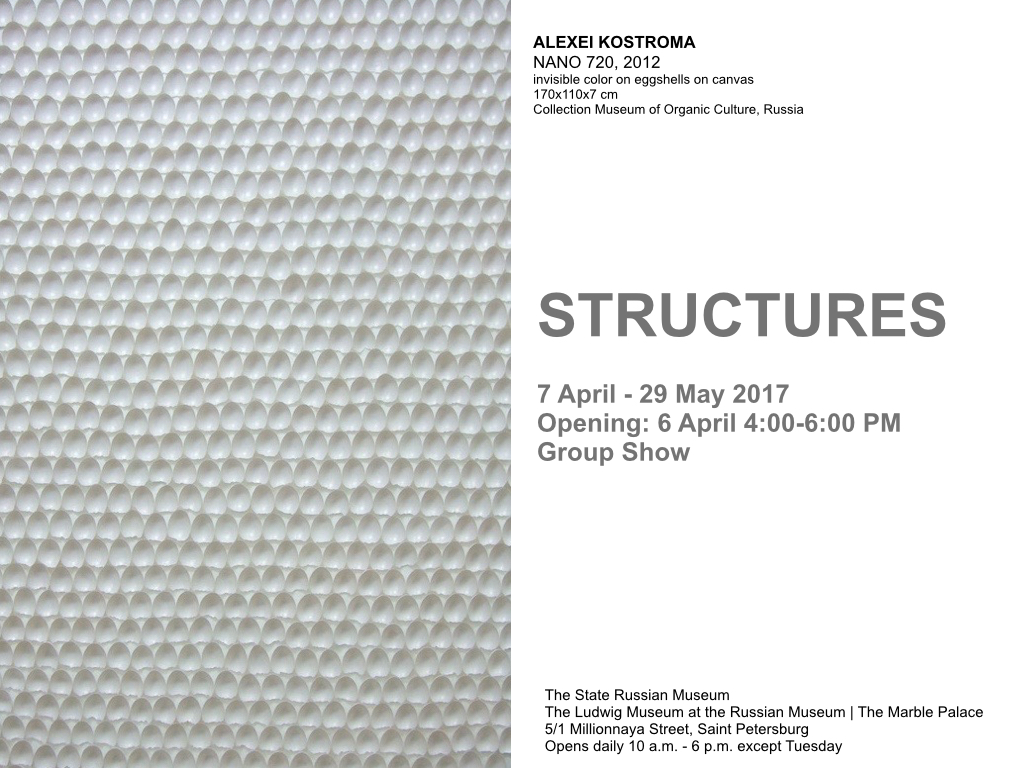 NANO 720, 2012 by Alexei Kostroma in The Ludwig Museum at the Russian Museum, Saint Petersburg

STRUCTURES
The project that includes art pieces from 1960s to present time is aimed to investigate the concept of the structure (from Latin structura ‎- a fitting together, adjustment, building). Seen as characteristics of the form it acquires pure philosophical meaning. The large-scale and profound “discussion on formalism” will be carried out in the exhibition spaces of the Marble palace.
The exhibition will underline the relevance of the art of “pure” forms and present the models and matrix of the structures that were widely used in the art of previous and present centuries and became its key motifs (grid, crystal, chain, spiral etc.) It will comprise works from the collection of the Russian museum, Novy museum (St.Petersburg), Museum of Organic Culture (Kolomna), private collections and artist’s workshops.