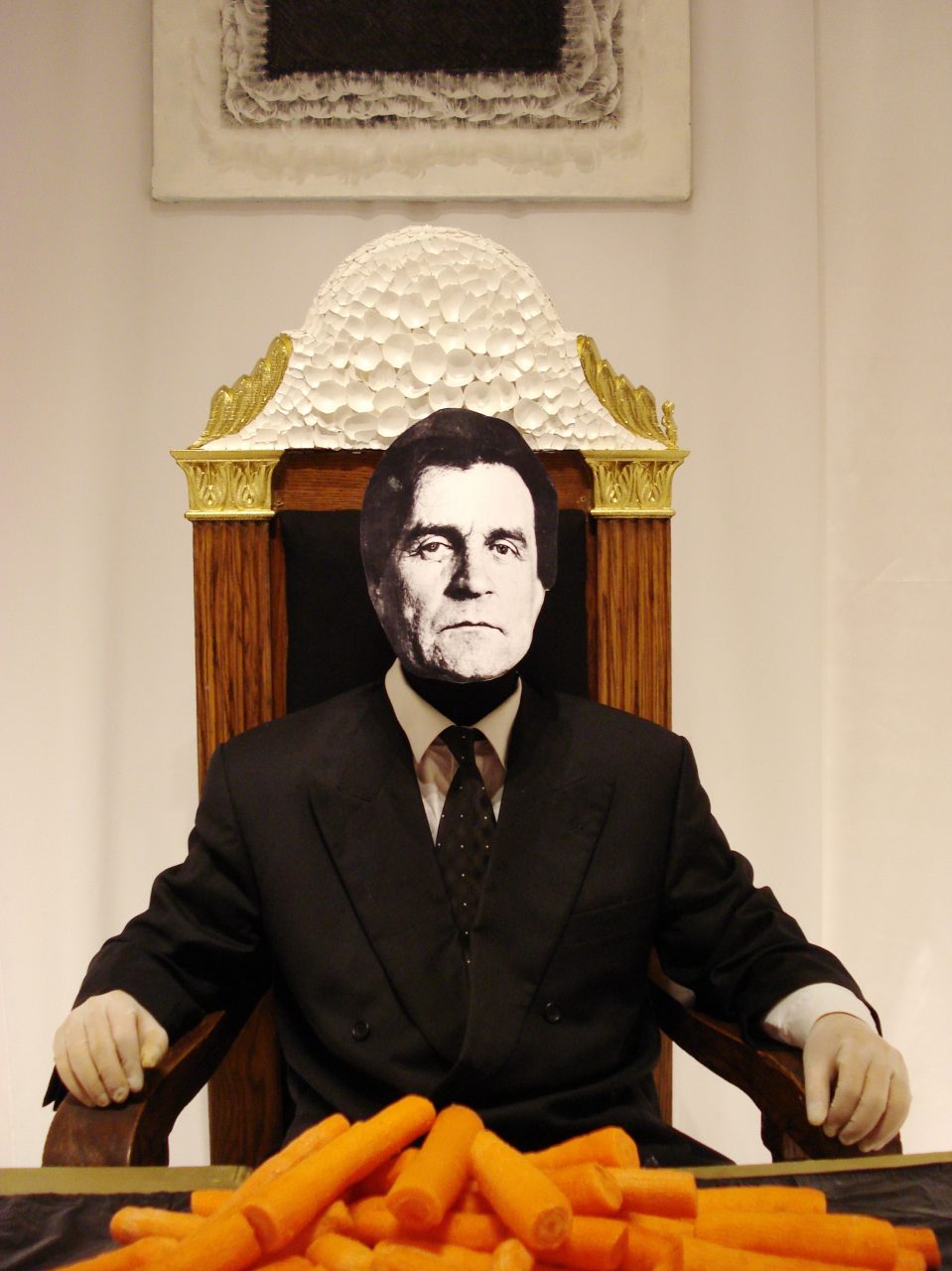 CYLAND Media Art Laboratory is pleased to announce an exhibition “HYBRIS - monsters and
hybrids in contemporary art” in CULTURAL FLOW ZONE, Cà Foscari Zattere, Venice, curated by Anna Frants, Elena Gubanova, Silvia Burini and Giuseppe Barbieri. Scheduled to coincide with the opening of this year's BIENNALE ARTE 2017, the exhibition is the 4th presentation of CYLAND in Venice, Italy.

1992 HISTORY OF THE PROJECT “GARDEN OF MALEVICH”:

In 1992 the group of artists “TUT I TAM” (“Here and There”), former students and graduates of the Leningrad Academy of Arts Alexei Kostroma, Ivan Govorkov, Elena Gubanova and their friends, organized the action “Garden of Malevich” (17.05.1992). The chief idea was to sow the seeds of new art in the very heart of an orthodox art institution during the new time of nascent democracy in Russia. In May the artists dug a black square in the round courtyard of the Academy of Arts and sowed some carrot seeds. In November they dug up the carrots. Then they walked over the Palace Bridge with 3-meter sculptures of the carrot, having crossed the Neva as a symbolic Rubicon of time. This action was a remake of the futurist manifestation of Morgunov-Malevich on February 8, 1914, in Moscow. The final action was eating the carrots at the exhibition- installation at the Russian Ethnographic Museum as an act of destruction of the “Black Square” itself (05.11.1992).

“The introvert nature of Black Square, its inaccessibility for the uninitiated, which, in its turn, serves as a constant irritant and disturber of peace, turns, after consumption of its fruit, into a quite accessible and ordinary image. In reality, what's happening is a qualitative and quantitative change of the square that illustratively demonstrates parallels of the creative and biological processes whose approximation we dare to declare here. In 1915, in Petrograd, in the first quarter of XX century, the great Master published with his Black Square the final result of his multiyear digestion of Russian and Western Art. But does the final result in art exist? And isn't the final just a new beginning?” - Alexei Kostroma, 1992

"To open ground in the round courtyard of the orthodox Academy of Arts with the Black Square of suprematism, to plant it with seeds and wait until the form, which germinates in a plane, is born and gets eaten in real life" - Ivan Govorkov, 1992

2007 FIRST RECONSTRUCTION OF THE PROJECT “GARDEN OF MALEVICH” in the exhibition “Adventures of the Black Square by Kazimir Malevich” curated by Irina Karasik at the State Russian Museum in Saint Petersburg (28.06 – 15.10.2007)

2017 SECOND RECONSTRUCTION OF THE PROJECT “GARDEN OF MALEVICH” in the exhibition “HYBRIS – monsters and hybrids in contemporary art” at the Cultural Flow Zone, Ca Foscari Zattere, Venice (13.05 – 28.06.2017)
http://cyland.org/files/HYBRIS_catalog_EN.pdf

2017 KAZIMIR MALEVICH AS A VISIONARY OF INFORMATION AND HI-TECHNOLOGY
New vision of Malevich’s Suprematism by Alexei Kostroma:

From the text «Malevich and Matyushin. Two Visionaries of the Russian Avant-Garde of the 20th Century” / © Alexei Kostroma and Ekaterina Kondranina/ DACS, London
Text 16.08.2016, published in Berlin, 26.04.2017 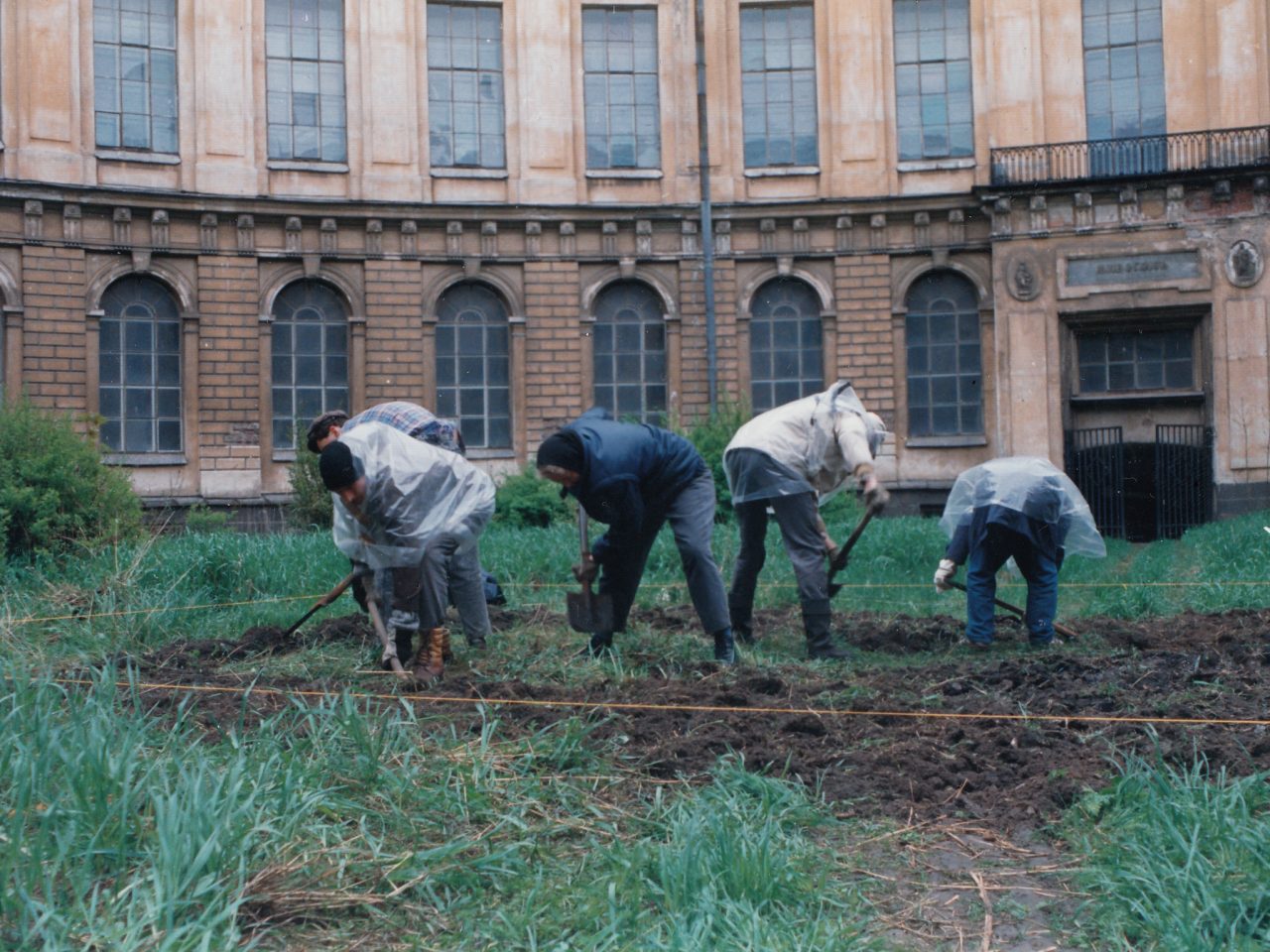 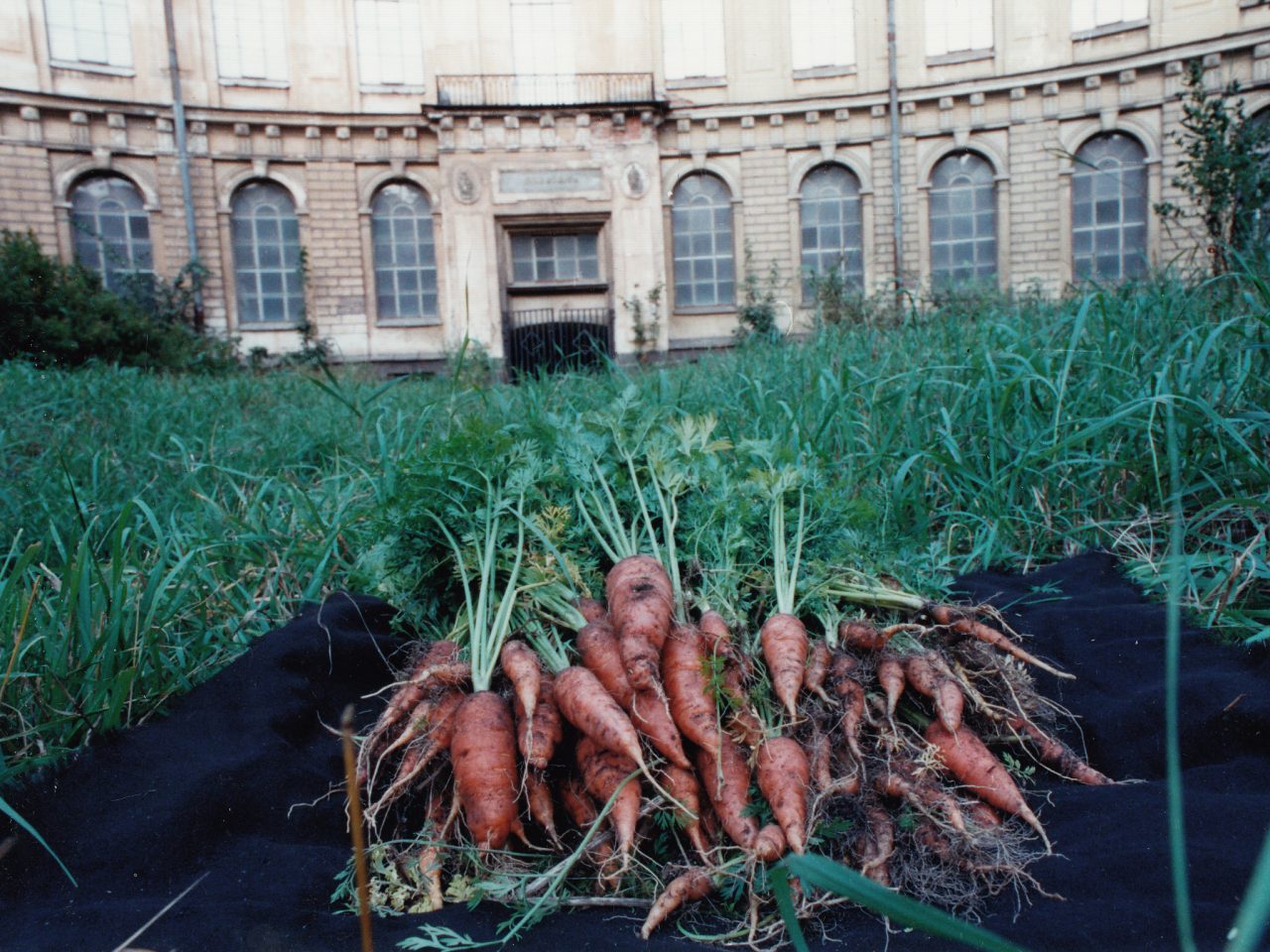