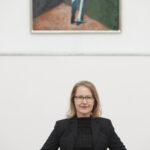 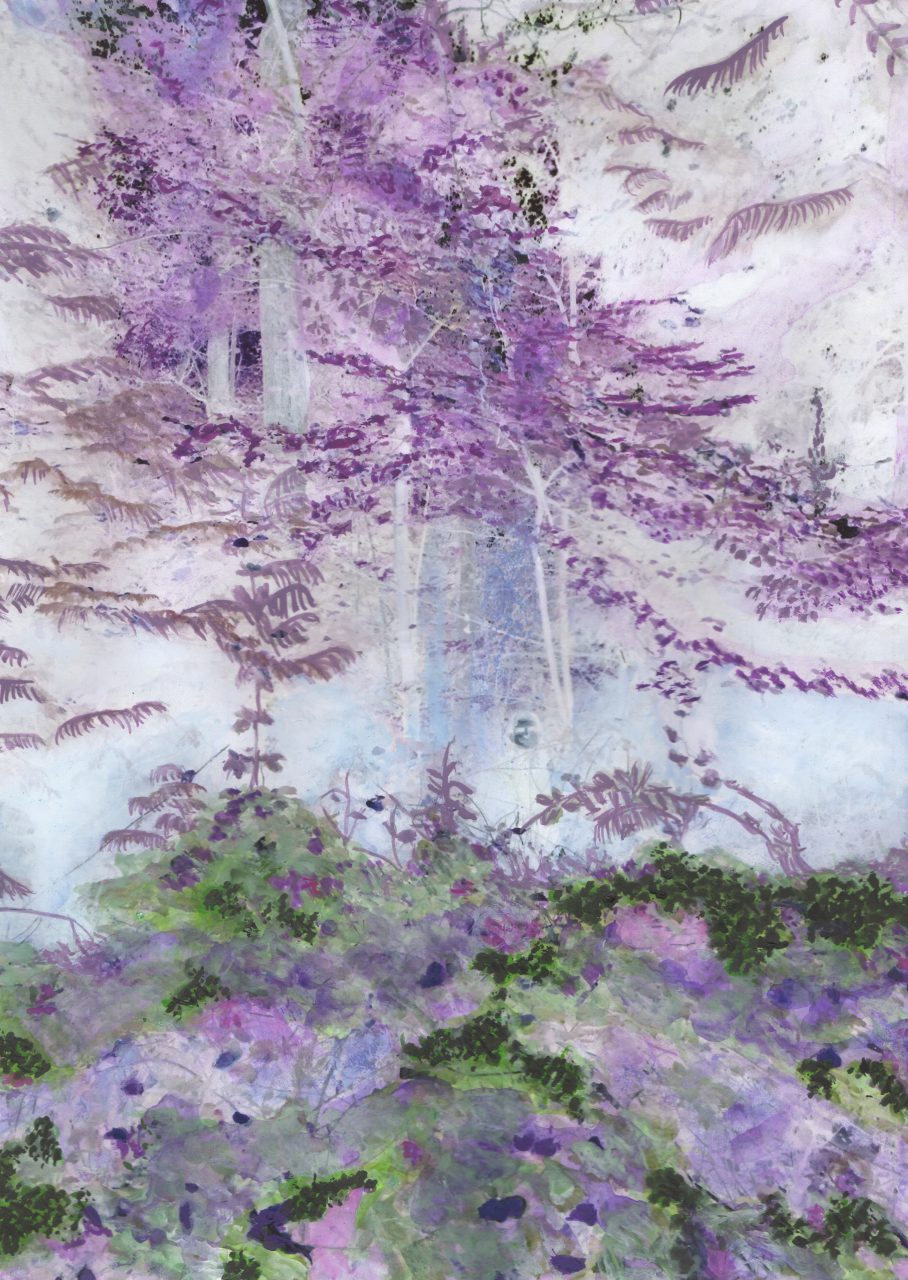 
A FOREST. A solo exhibition by Cosima Hawemann

I think the tree is an element of regeneration which in itself is a concept of time. Joseph Beuys

The forest looms large in the German imagination to the extent that over the past 200 years, it has become synonymous with German national identity. In Australia, too, the bush defines how we see ourselves so it is therefore fitting to stage this exhibition A Forest by German artist, Cosima Hawemann to begin a conversation on the connection between nature and ourselves.

In Germany, the Romantics associated the forest with Nature, regeneration, strength and spirituality and these associations have largely endured. Some notable examples of artists, composers and writers across the ages who have been inspired by forests include Richard Wagner, Robert Schuman, Caspar David Friedrich, Wolfgang Goethe, Joseph Beuys, Anselm Kiefer and Gerhard Richter.

The Australian experience was slower to warm to unique qualities of the bush. Early Europeans viewed the bush with suspicion and fear; colonial artists applied European picturesque visual devices in order to tame the ‘unruly and ugly’ Australian landscape. It would take over one hundred years with the advent of the Heidelberg School that Australian European artists – and subsequently Australians – embraced the landscape of Australia and sense of pride through landscape developed.

In German fairy tales, the forest is a metaphor for personal transformation. Losing their way in a large, deep forest, the characters only emerge again once they have discovered their true purpose or have overcome some fateful temptation. Several of the old fables recorded by the Grimm Brothers took place in a forest, which was often cast as a foreboding or terrifying stage for the story. Similarly in Australia, the bush was seen as a vast and hostile place. Scores of explorers set off to discover inland seas and gold; many never returned. For Indigenous Australians, however, the bush was home and alive with ancestral spirit figures.

Today, one third of Germany is covered in forests, with half of all forests privately owned. So cherished is the ideal of forests that citizens have a right to enter any forest at any time, but in return for free access, they have reciprocal care responsibilities. The forest has also taken on great economic significance, with forestry turning over €170 billion per annum and providing 1.2 million jobs – 500,000 more than the automotive industry. In contrast, much of inland Australia is relatively uninhabited, the bush remains untouched and forestry has yet to find a commercial use for the gnarled desert trees that populate the outback.

For almost two decades, Hawemann’s fertile imagination has returned regularly to the forest. On the subject, she says:

I started working on the topic of the forest in 1998 when I walked into the woods with canvas, pigments, brushes and equipment like that to paint directly on site ... Germans are fascinated by forests, because that´s what Germany looked like before the Romans showed us how to build roads. Germany was one huge forest. I grew up with the fairy tales of the Grimm Brothers. As far as I know they were written down for adults, but everybody was reading these creepy stories to children. And then you can hear all those unknown voices or sounds of animals when you take a walk in the woods. And you can´t see very far.

For this exhibition, A Forest, Hawemann uses images taken during visits to the Eifel forest, and to Schlosspark at Museum Schloss Morsbroich where she was exhibiting – like Gerhard Richter before her. Hawemann inverts the colour photograph to create vibrant, psychedelic negative of reality that transform into a strange and exotic enchanted forest. The ghosts of ancient myths begin to emerge from the undergrowth and awaken our childhood memories of bedtime stories of forest alive with more than just trees and deer: fairies, goblins, witches, trolls, hermits, knights, castles, lone cottages, abandoned children, magic and danger.

“Early tomorrow morning, we’ll take the children into the deepest part of the forest. We’ll make a fire and give them a piece of bread, and then we’ll go to work and leave them there. They’ll never find their way back to the house and we’ll be rid of them”, said Hänsel and Gretel’s step-mother. (from Hänsel and Gretel by Brüder Grimm).

In Hawemann’s forest paintings on paper, the swirling other-worldly colours create a sense of disorientation that cuts the viewer off from the humdrum of daily life, allowing us to cross the threshold from the known into the unknown. Hawemann skilfully creates an atmosphere of wonder and fear, excitement and doom; our reaction will largely depend on our own state of mind. Look at those magnificent, glowing trees! What shall we find? How do we get out? Is that something lurking in the shadows? Or is it just our mind playing tricks on us?

The only tangible link to the real world is Hawemann’s painting on canvas “Untitled, 2017”. With the cleared foreground, it seems that this tree stands on the edge of the forest, a lone fence post is our anchor to civilisation. The tree’s solid trunk is strong and reassuring, but the leaves take on a water-like quality, as does the choppy white of the foreground, perhaps hinting at what lies beyond if we enter.

Being lured or drawn into the forest by something unseen in the hope of finding hidden riches, rewards, true love or enlightenment is a common theme in mythology, both in Germany and Australia. Passing through the heart of the forest or bush becomes a rite of passage, a metaphor for transcendence. The failure to pass through to the other side, or to remain forever lost, signifies a loss of courage or a weak character.

With A Forest series, Cosima Hawemann plays with the contradictory dynamics of the wonder invoked by being surrounded by tall, majestic trees, and our fear of being lost forever in dense, dark forest among dangerous animals and creatures that never completely reveal themselves. Interestingly, only one animal – a horse – appears in this series; its unexpected form against a soft pink and bronze background is almost Monty Pythonesque after the suggestive shadows and black skies of the other works.

Although the majority of the works themselves are small in size, the scale implied in the works is important and is used to dramatic effect. The photos which have been taken from a low angle looking up to the canopy act to dwarf the viewer: the upward thrust of the tree trunks tapering towards dark skies trigger in us a neurotic reversion to the vulnerable lost child we identified with as we listened in awe to those spooky fairy tales.

Whether in life or in art, there is no denying the power of a forest. 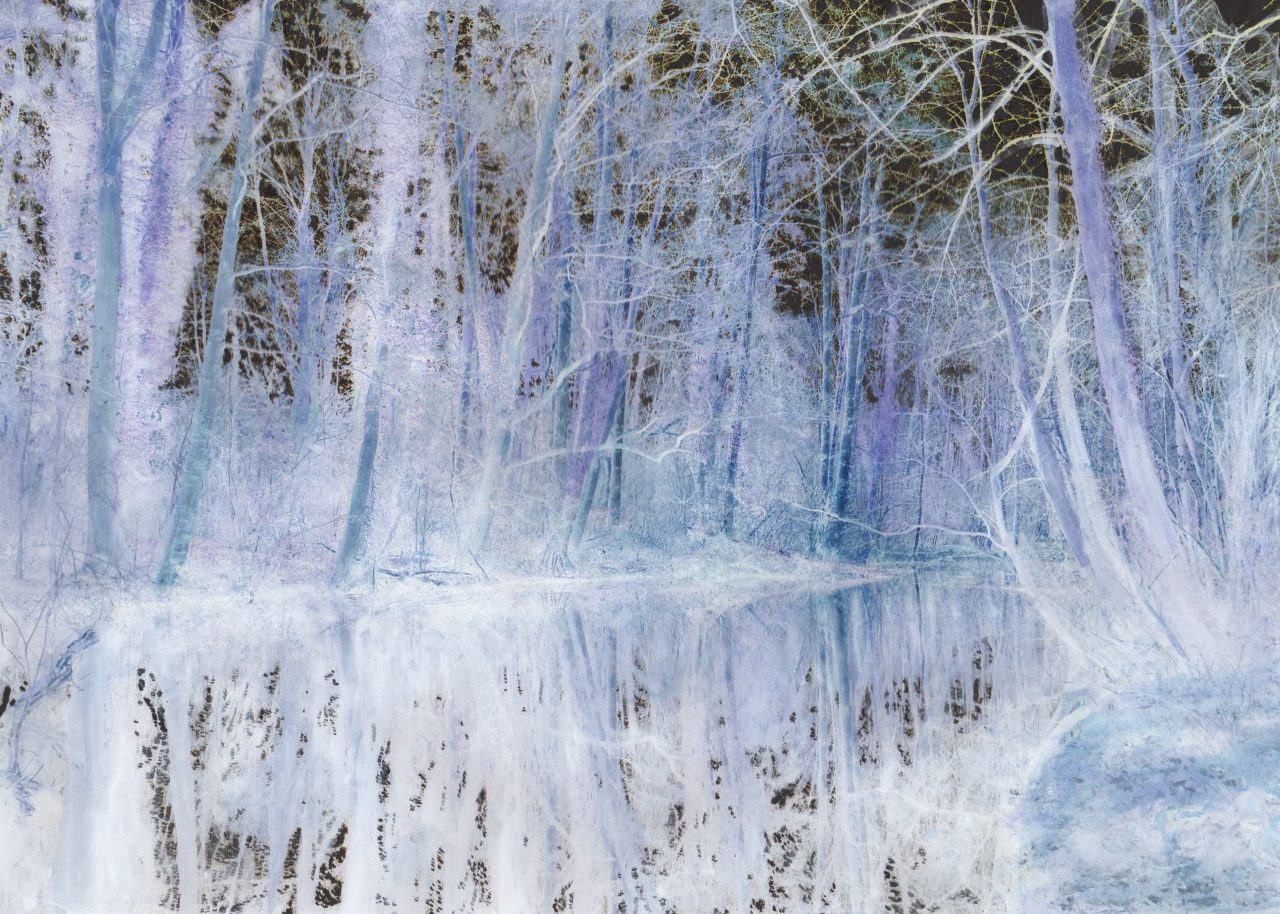