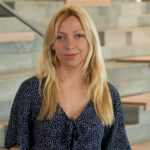 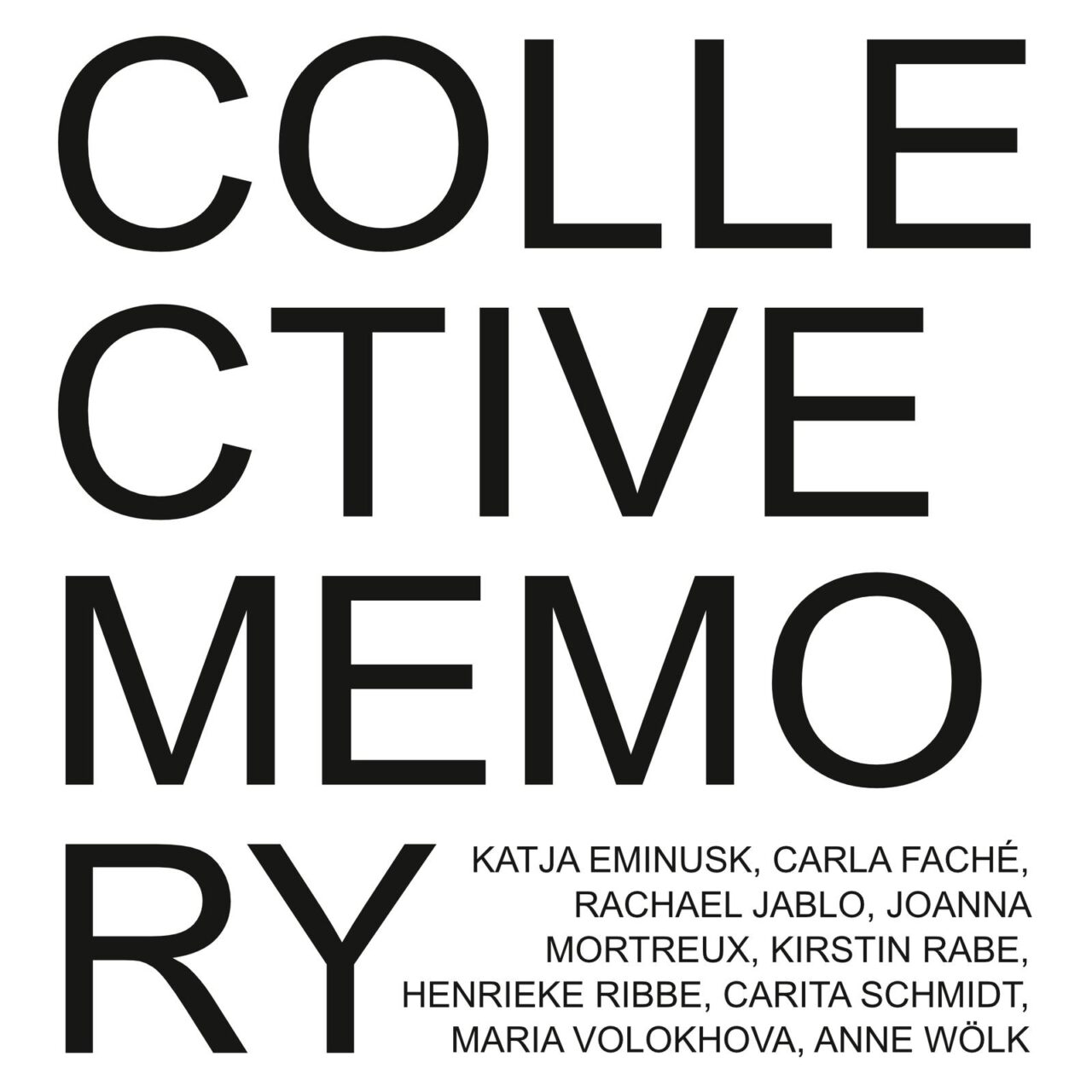 Let us look at art in the present. It seems effortlessly possible to understand contemporary works of art beyond the moment in a sizeable causal context. That is caused by art history, which is constantly trying to interpret and assign art to epoch styles and movements.
Nevertheless, the memory of art is limitless. Artists animate the contemporary art world with quotes from the past. The context in which artists produce their art on a daily basis forms their spiritual home. Thus, the spiritual home of a generation is permeated with memories and shared knowledge. The resulting aesthetic dominates the artists' cultural memory and includes the audience's expectations.
What strategies do artists use to do this, and what distinguishes an individual from the collective memory? How is shared remembrance expressed in works of art, and how important is it for artists to belong to a group of others?
The exhibition 'Collective Memory' refers to the memory of art and is the last presentation in the annual 2022 program in the PopUp Store of the Artspring Festival. The artists in the exhibition examine the interactions between artistic positions in various ways. The exhibited images and objects represent contemporary art's unique interplay of painterly, photographic, and sculptural issues. At first glance, the participating artists' birth countries appear to be far away from one another, as they are spread over several continents. However, it is precisely through international scholarship and training programs that a familiar aesthetic becomes visible as it is developed through decades of global exchange.
The respective artists' positions refer to earlier generations and aim to inspire thought about the past in the present. The citation process is an essential component, here, and is characterized by the continuation and supplementation of existing ideas. In this sense, all exhibitors work on the future 'collective memory' of a generation. The exhibition offers a wide range of international positions and exciting discoveries. In the spirit of collective memory, the project space is transformed into a culmination point for encounters between extraordinary art objects and a place for participation and exchange.

The objects by Joanna Mortreux and Maria Volokhova deal with sculptural questions. The artists quote from the formal language of the past and deal with ceramic arts and crafts tradition. Mortreux and Volokhova share a love of clay, which people have used for thousands of years. That may be why one finds diverse references to artifacts from antique collections by both artists. Maria Volokhova found her way to porcelain through her work with ceramics. Porcelain allows her to explore the contradiction between aesthetic attraction and repulsion. She contrasts the surface's unique shine with the material's fragility. In the work series of both artists, there are references to sculptures of classical modernism, such as Peter Agostoni's elegant white sculpture Summer Clouds (1963) or the totem-like figure The Pink Child Birth (1964) by Niki de Saint-Phalle.
The seemingly archaic forms of Niki de Saint-Phalle also echo in the work of Joanna Mortreux, who has lived and worked in the capital since taking part in the Berlin artist-in-residence program, Takt, in 2013. The Australian artist has received various awards, including the Dr. Wendy Gers Ceramics Coach Grant. Mortreux studied Fine Art at the Royal Melbourne Institute of Technology in Australia until 2008 and has participated in international exhibitions.
Maria Volokhova, on the other hand, came to Germany from Ukraine as a teenager and studied painting at Burg Giebichenstein Halle. She deepened her studies in Bologna, Italy, and Athens, Ohio, USA. She also studied for two years in the ceramics department at the Tokyo Art University Japan and was awarded a scholarship from the renowned Monbukagakusho Scholarship program. Maria Volokhova received the NASPA Prize for Ceramics in 2016 and has exhibited her works at the James Simon Gallery on Museum Island in Berlin Mitte. Her works are represented in various public collections, for example, in the Kunstgewerbemuseum and the Stadtmuseum Berlin collections.

The principles of collage and quotation are also in the foreground for Rachael Jablo. Her works show the influence of artists such as Judy Chicago, whose 'Birth Project' documents birth experiences and accounts and uses them as a basis for drawings and tapestries.
In the 'Collective Memory' exhibition, Rachael Jablo shows part of her 'Hysteria' series of works, which the artist conceived as a storytelling collage project. The artworks address intimate medical diagnoses, such as experiences with pelvic dysfunction. Jablo's portraits of pelvic organs fit firmly into social practice. For her collages, the artist uses the technique of cameraless photography and mounts the results on cut-out sheet metal backgrounds. These are presented in gilded, laser-cut Plexiglass frames.
Jablo's work has recently been shown at the Kaos Collage Festival and the Museum of Photography in Braunschweig. Jablo's work has been recognized with articles in newspapers such as Ever-Emerging Magazine, Lensculture, WNYC's The Takeaway, and Migraine Magazine. Her book 'My days of losing words' was published by Kehrer Verlag in 2013, and her current series of works, 'The Hysteria Project,' was awarded a new start culture grant for innovative art in 2021.

The idea of ​​the object-like is also of interest to the artist Kirstin Rabe, who since 2012 has mainly focused on the production of three-dimensional paper images. Rabe regards paper as a fragile material by which to sense its particular materiality. The artist finds the prerequisites for developing her formal language in the feel of the material and in the meditative process of paper production itself. Her works of art are created in different work phases by forming layered and laced reliefs. In this regard, Rabe strives to visualize elementary phenomena, such as light, colour, and texture. She was lastingly inspired by the work of Yves Klein, which focuses on the visual power of monochrome in the sense of monochrome painting.
Kirstin Rabe was born in Hamburg in 1971 and initially studied surveying at the University of Applied Sciences in Hamburg. After spending several years in South Korea, this graduate engineer turned to art in 2007 and completed an academic art degree in Berlin. She is a member of BBK Brandenburg, VBK Berlin, and IAPMA (International Association of Hand Papermakers and Paper Artists). As such, Rabe's work is represented in public and private collections worldwide.
Paper, light, and colour are also the main research areas of Katja Eminusk. Eminusk studied physics and works in the field of colour field painting. She uses grids in the form of circles, triangles, rectangles, and stripes in her artwork. In the grid, colour succeeds in developing maximum energy and liveliness because a vibrant colour presence permeates the grid.
Katja Eminusk received a grant from the Deutscher Künstlerbund in 2022. Furthermore, she was funded by the Hessian Cultural Foundation in 2020. Her works are in the collection of the Oberhessischen Museum in Giessen.

The Chilean-born painter Carla Faché and the Finnish-German artist Carita Schmidt examine the sensuality and luminosity of colour in abstract paintings. Both artists deal with the juxtaposition of sensor technology and layering and psychologically stage their works in the exhibition space.
In art history, Carita Schmidt finds inspiration in the work of Vincent Van Gogh and, at the same time, in the performances of contemporary artist, Marina Abramović.
Schmidt's approach is like a walk through different worlds, with the echo of movements becoming visible as contoured areas of colour. The artist plays with the principles of perceptual psychology and combines visual and aural perception. She tries to merge drawing and painting, which allows her to create multidimensional pictorial worlds. Her preferred materials are pen, ink, acrylic, and oil on paper and canvas.
Carita Schmidt studied with Björn Lövin and received a Bachelor of Fine Arts from the Swedish Institute of Dramatic Art in Stockholm, Sweden. She has participated in more than 80 solo and group exhibitions worldwide and has been an artist in residence at the Vermont Studio Center. In addition, she received the Silver Award for contemporary painting in the Artfolio competition in 2021. Her paintings are represented in collections such as Graphotek Berlin, Pinakothek Nico Lazaridi, Ptolemaida Art Museum, and the Vafopoulio Cultural Center of Thessaloniki.
Carla Faché was born in Chile in 1977 and has lived and worked in the Miami art scene in the USA for many years. Her current exhibitions include group presentations at the Fondazione Giorgio Cini di Venezia, the Florida Museum for Women Artists, and the art association Locus Projects Miami. The artists also exhibited their large-scale abstract paintings at the Invisible Dog Art Center, New York; at the Armory Art Center, Palm Beach; at the Cambridge Art Association, Boston; and at the All-Media Juried Biennial at the Hollywood Center for the Arts and Culture.
Faché's work has been featured in many publications, including Studio Visit Magazine. Her work is included in important private and corporate collections, and since 2011, she has worked in the Fountainhead Residency Studio Program in Florida.

Anne Wölk and Henrieke Ribbe are also painters but work in the tradition of representational painting. In the 'Collective Memory' exhibition, Ribbe shows portraits of female scientists who have received the Nobel Prize. Like Alice Neel, whom she admires, the portrait painter prefers to paint in oil on canvas to show respect for her subjects. Her small-format paintings thrive on quick brushstrokes and are reminiscent of Elizabeth Peyton's portraits in their precision and spontaneity. Henrieke Ribbe studied at the HFBK Hamburg with Werner Büttner and at the Spatens Art Academy in Oslo. Since 2004, she has been part of the '3 Hamburger Frauen artist collective'. She was a scholarship holder of the artists' project Goldrausch and an artist in residence at the artists' houses in Worpswede. In 2005, her work was awarded the Karl-Heinz-Dietze prize for painting. Her works are exhibited and collected internationally.
In contrast to Henrieke Ribbe, Anne Wölk worked for many months on her astronomical star landscapes. With her pictures, the Berlin artist abducts us into the vastness of space and takes us on a journey that points far beyond the planets, moons, and asteroids of our solar system. Wölk's works fascinate with their romantic interpretation of a bizarre strangeness and the painterly interpretation of the deep light of our vast universe. Her interstellar landscapes of nebulae and galaxy clusters are in the tradition of the American painter Vija Celmins. In contemporary art, her works also tie in with the three-dimensional drawings of Russel Crotty.
Anne Wölk studied at the Kunsthochschule Berlin-Weissensee with Katharina Grosse and Antje Majewski and at the Chelsea College of Art and Design in London. The artist was a scholarship holder of the Studienstiftung des Deutschen Volkes, the Stiftung Kunstfonds Bonn. In 2013, she received the Category Award in the competition 'Art Takes Paris', initiated by See.me New York. Wölk's works have been exhibited worldwide and are represented in collections such as the Proje 4L Elgiz Museum Contemporary of Art, the Czong Institute for Contemporary Art (CICA), and the Tirana Art Gallery Museum Albania. 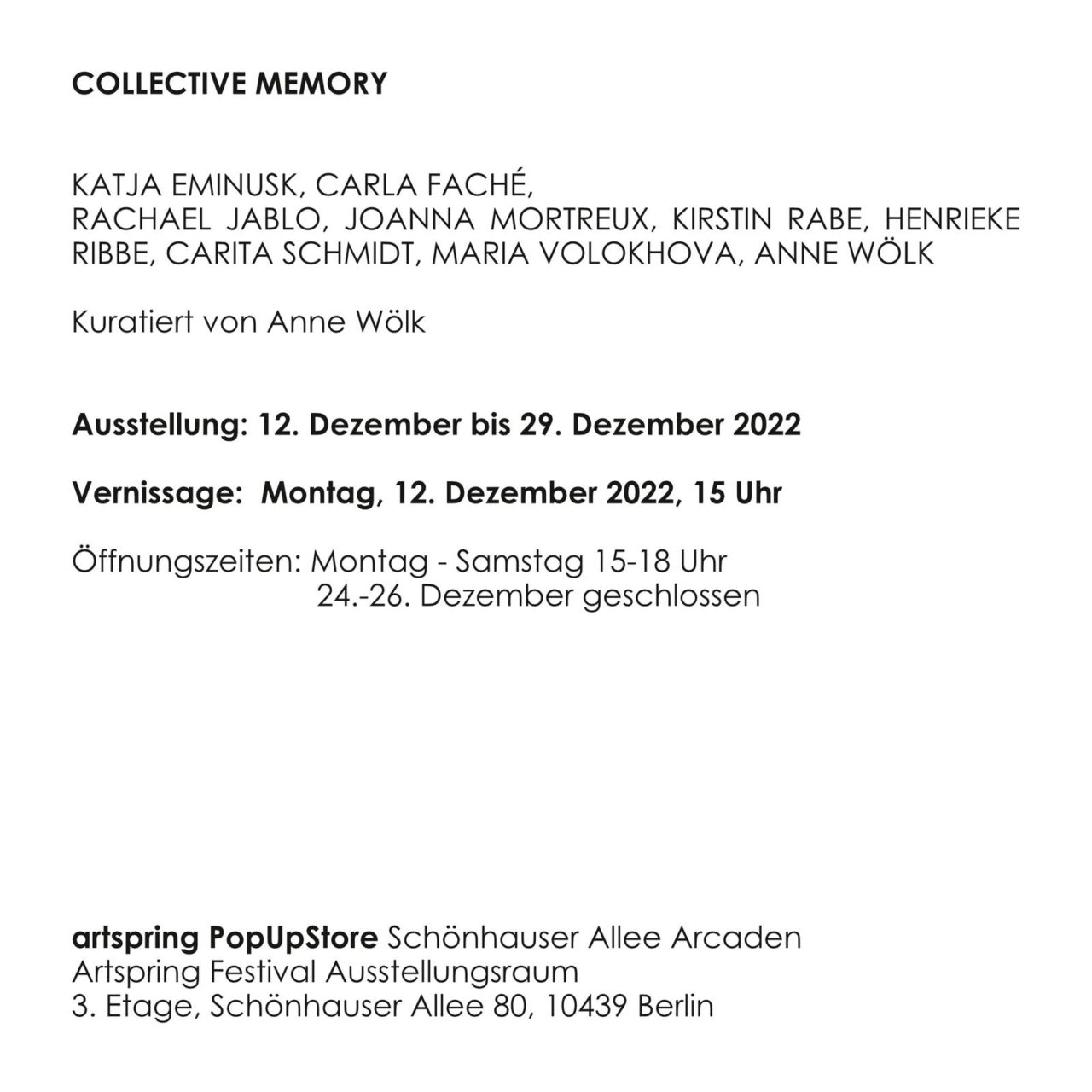