Point With Two Circles at Rijksmuseum in Amsterdam 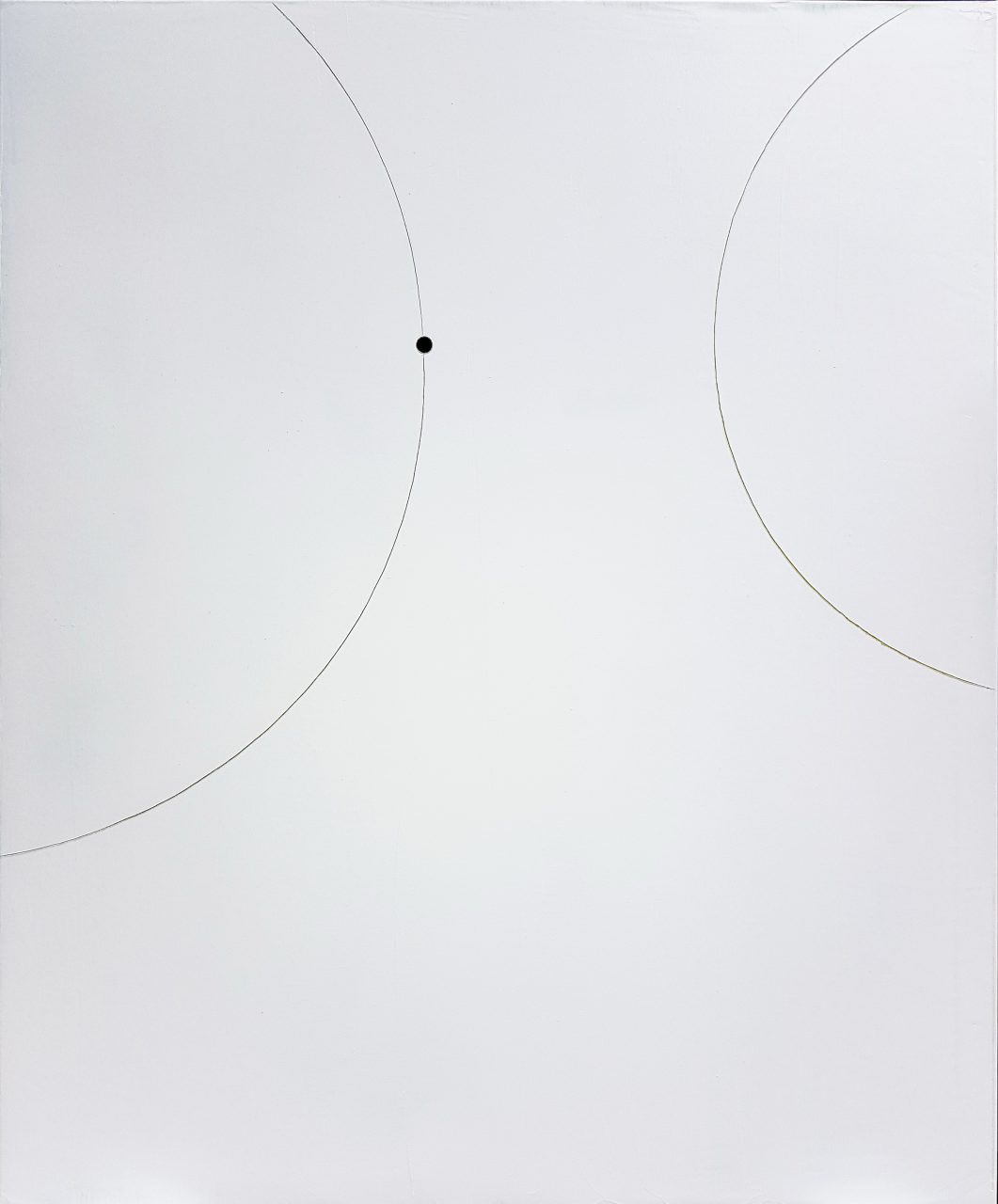 2019 is The Year of Rembrandt in the Rijksmuseum.
POINT WITH TWO CIRCLES by Alexei Kostroma has been selected by the jury for the exhibition LONG LIVE REMBRANDT and will be on display from 15th July until 15th September at the Rijksmuseum in Amsterdam.
Earlier this year, more than 8300 people from 95 countries answered the OPEN CALL by the Rijksmuseum to submit self-made artworks inspired by Rembrandt.
POINT WITH TWO CIRCLES is inspired by one of the last work by Rembrandt “Self-Portrait With Two Circles”, 1665-1669:
“Studying the portrait, I noticed that the iris of an artist’s eye was painted as a dark dot without highlight and the left circle accurately crosses it, creating tension in the composition. The size of my painting has the similar size of the original portrait 114,3x94 cm. I made a replica of the composition with two circles and black point with the same diameter 14 mm as the Rembrandt’s iris.
Using the old masters technology, I have started with an Imprimatura, the first layer of olive green oil colour and painted the canvas by layer of white oil paint with a palette knife. After that, I scratched two semicircles and small circle of an iris. My idea was to paint with the palette knife and scratching by the Rembrandt’s technique.
Hereby, we see a minimalistic image – two circles and black point as an active dominant of the painting. For me these two circles symbolize a time space between past and present. Rembrandt as a great visionary sends us his hidden message. Black Point of the Rembrandt’s eye is a calm confident glance by artist, looking into the future” (Alexei Kostroma).
This year is the 350th anniversary of the death of Rembrandt van Rijn (1606-1669), reason enough to honour REMBRANDT and give extra attention to the artist and his work.
The artists themselves will open the exhibition on Monday, 15th July, Rembrandt's birthday.
LONG LIVE REMBRANDT will run to 15 September 2019 in the Philips Wing of the Rijksmuseum.