Walter Benjamin examined at the Jewish Museum in New York 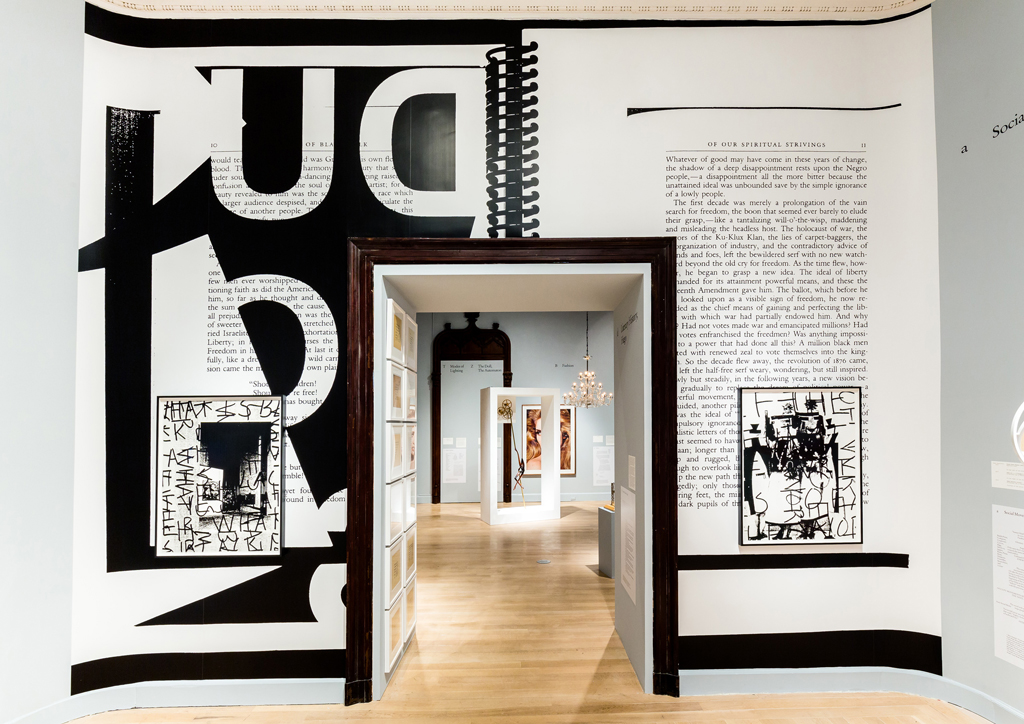 ' “The Arcades: Contemporary Art and Walter Benjamin,” an exhibition at the Jewish Museum in New York, is a heady romp around the mind of Walter Benjamin, the Jewish philosopher associated with the Frankfurt School of critical theory. In tribute to Benjamin’s The Arcades Project, a thousand-plus-page examination of modernity begun in 1927 and published after Benjamin’s suicide in 1940, the exhibition transposes works of contemporary art into a structure inspired by Benjamin’s unfinished masterpiece. The result is an example of theory in action, calling on art, text, and concept to create a show resembling what the poet/artist Kenneth Goldsmith called, in one of his wall annotations, “a web without a spider.” ' - Malaya Sadler at Art News

Image: Installation view of “The Arcades: Contemporary Art and Walter Benjamin,” 2017, at the Jewish Museum, showing work by Adam Pendleton.

Read more on the exhibition and an accompanying talk on Art News.