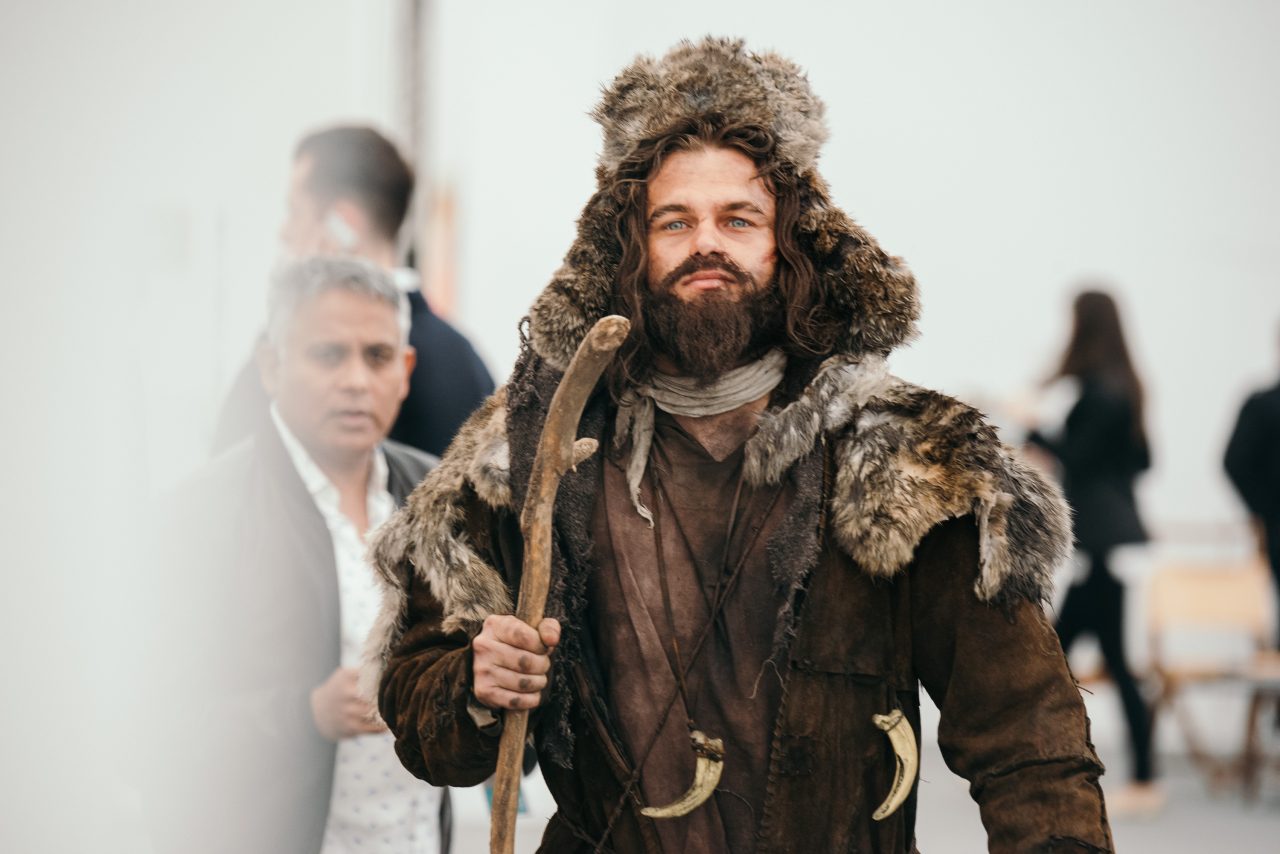 'The crowd at Frieze New York hardly bats an eye when Leonardo DiCaprio makes his carefully low-key appearance at the annual fair on Randall’s Island. But today, starting at 11 a.m. sharp, when today’s preview event for the fair began with a push of art collectors and art advisers recalling Pamplona’s running of the bulls, Leo could be seen quite openly, calming strutting around the fair.

In fact, there were three of him.

And each was styled not in sunglasses and hat but rather as a character he has played over the years: Frank Abagnale, Jr. in a pilot’s suit from Catch Me If You Can (2002), Jordan Belfort in dark pinstripes from The Wolf of Wall Street (2013), and Hugh Glass in rank layers of fur from The Revenant (2016).

The trio of doppelgangers are a new, and heretofore unannounced, site-specific performance planned and staged by the Brooklyn-based Croatian artist Dora Budor. The performance, commissioned by Cecilia Alemani, the curator for Frieze Projects, continues through Sunday during fair hours.

“I wanted to create the opportunity for unsuspecting visitors at the fair to experience a disjointed reality—believing that the actor Leonardo DiCaprio might be there, but seeing him, impossibly, many years younger and as characters he has played,” Budor said this morning as she oversaw the costuming.' - Laura van Straaten, Art News 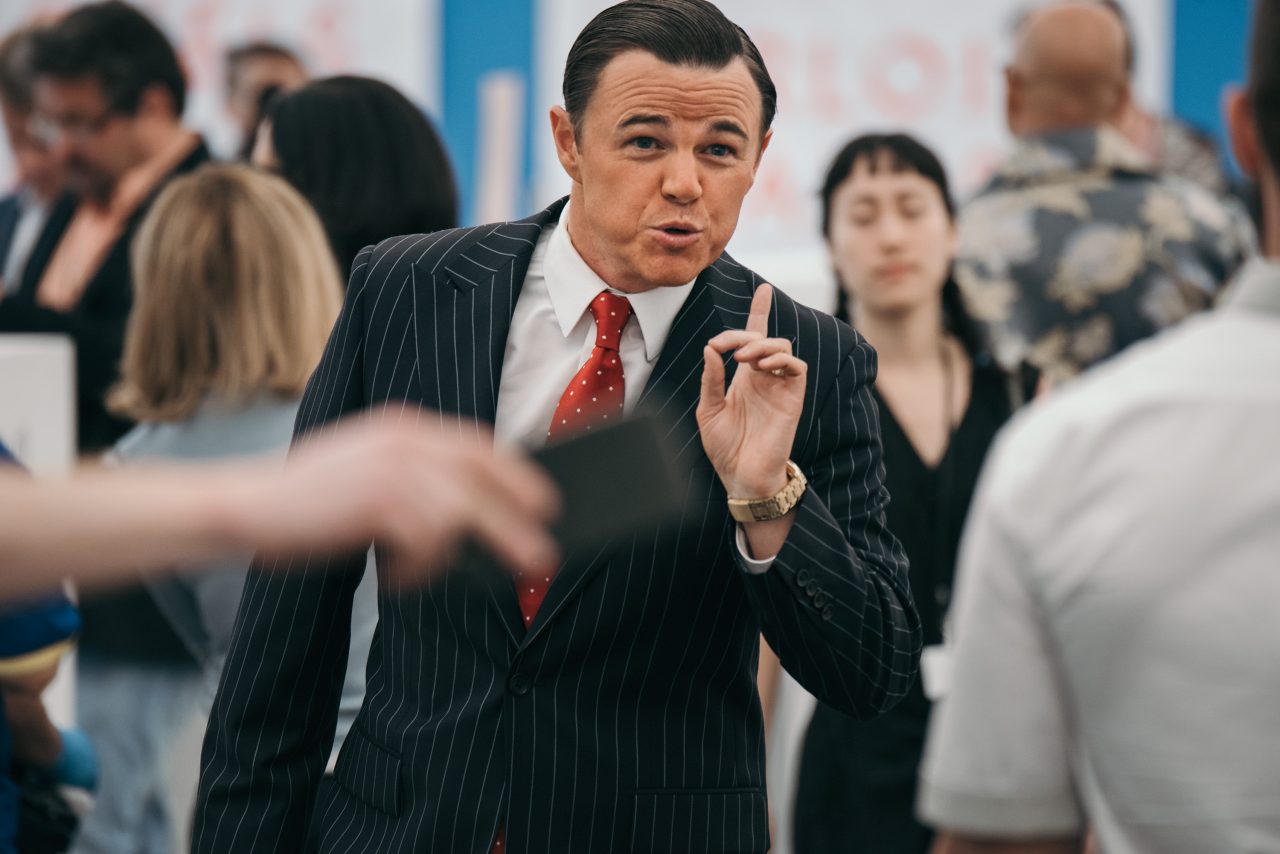 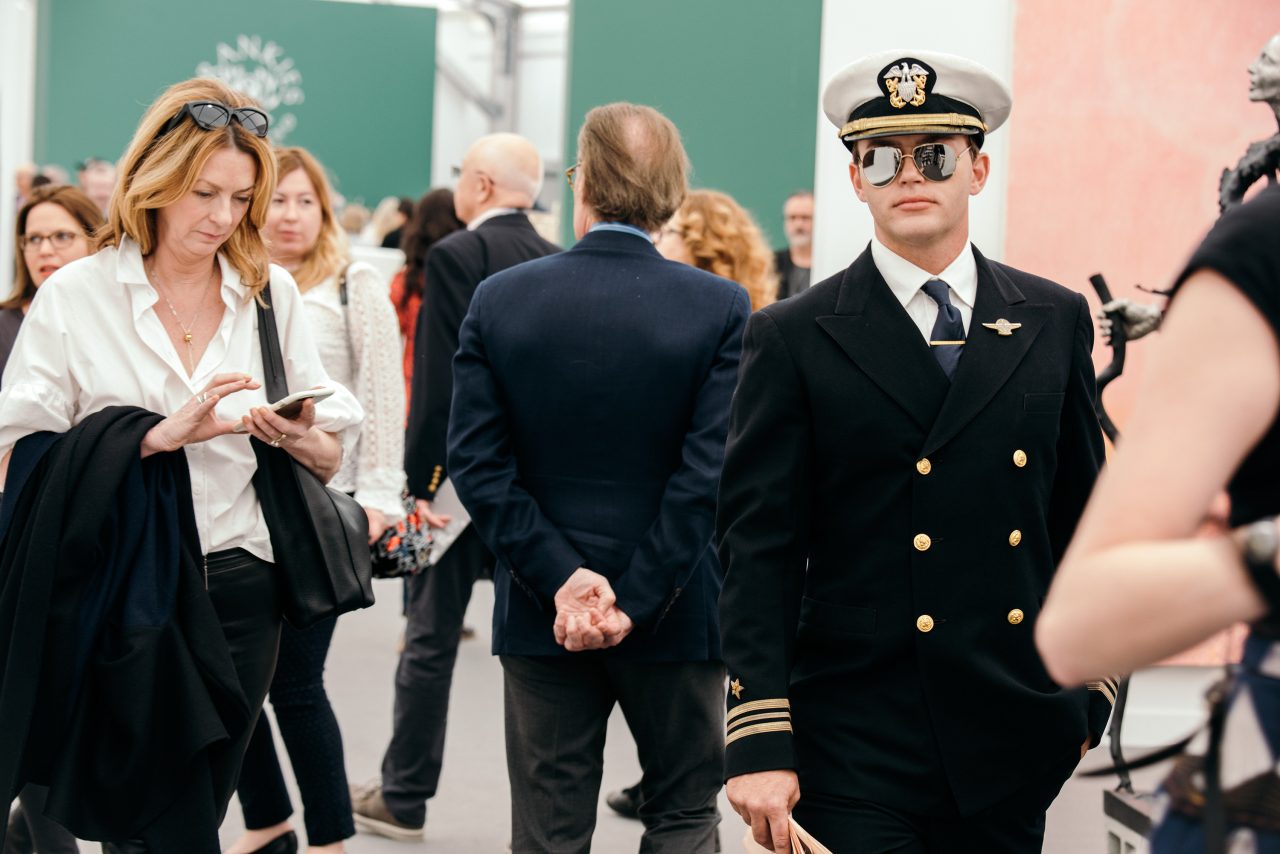