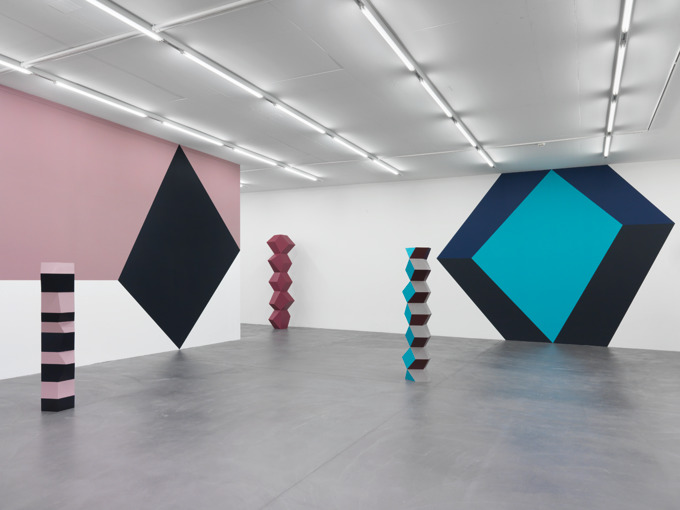 This mastery of geometric shapes has effectively turned the gallery into a visually complex landscape. Despite the show's sci-fi title, the works themselves do not explicitly deal with technology. Instead, the show complicates our perception of the gallery by conflating imagery associated with digital spaces with the actual material world. The stacked sculptures, for example, are "real objects" in "real space," but they appear to be "animated illusions" pulled from a digital environment.

As a relational artist, which French curator Nicholas Bourriaud defined as a facilitator rather than a creator of experiences, Bulloch intentionally designs her work to prompt a dialogue with her audiences. Given the stimulating nature of the new installation, there are sure to be some confused reactions from the gallery's guests. But for Bulloch, that's not a concern. As she said in a 2010 interview with Exberliner, "I don't expect behavior. I think the conditions of that are within people."