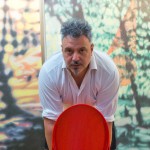 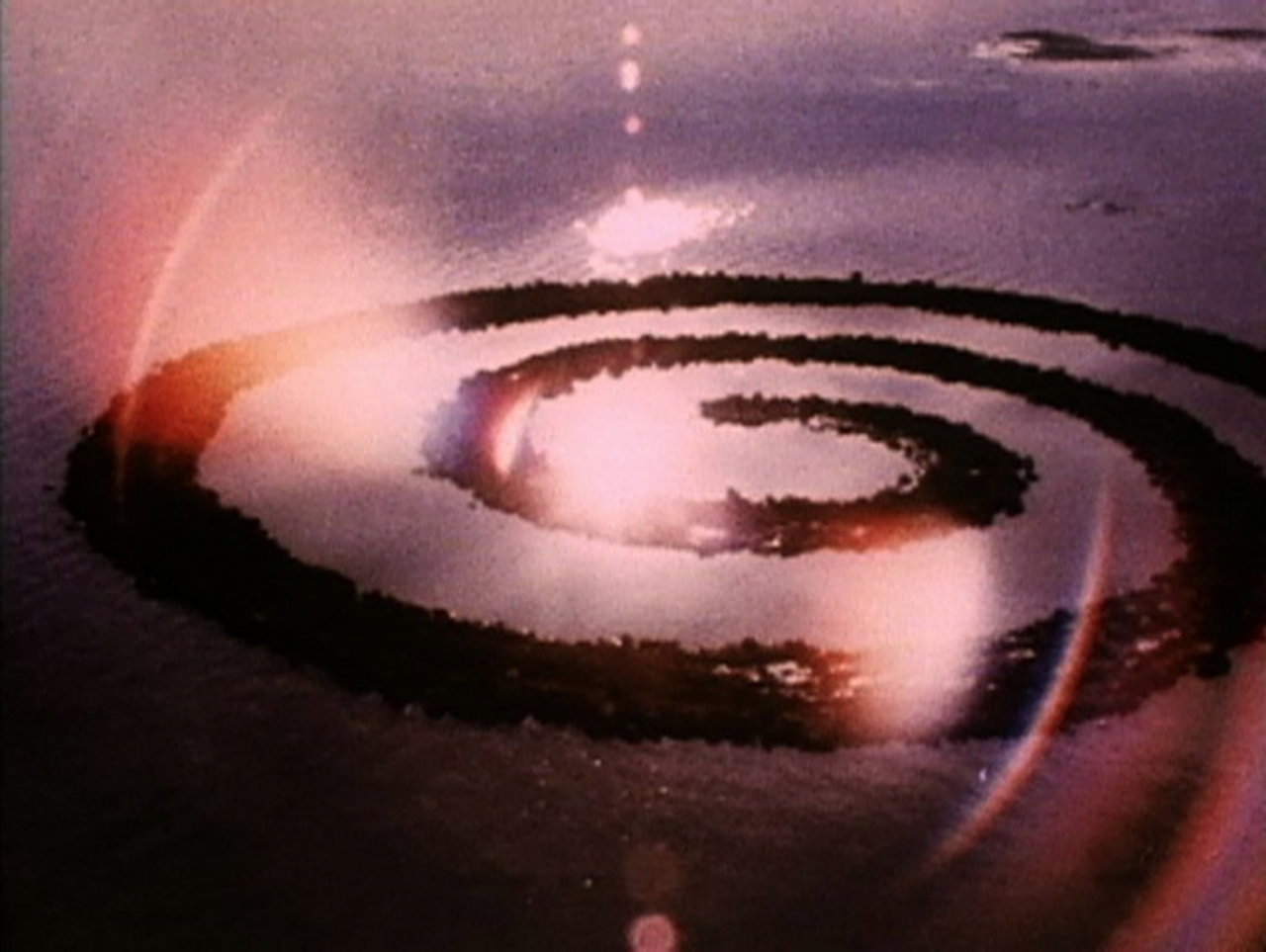 (Los Angeles, CA) Edward Cella Art & Architecture presents Vernacular Environments, Part 1, a group exhibition of works selected from the 1960s through present day that explore the diversity of tensions between built environments, bodies, and narratives. Vernacular Environments, Part 1 is the first of an annual exhibition that asks, what pluralities do you live in? Through varied typologies, the works included in this exhibition present a range of responses to environments and dispute the purity of space while signaling cultural identification through representations of figures, structures, and concepts.

Among the artists featured in this exhibition are Stephen Berens, Jennifer Bolande, Raúl Cordero, William Leavitt, John Mason, Alex Schweder, Robert Smithson, Clarissa Tossin, and MICA-TV (Michael Owen/Carole Ann Klonarides) in collaboration with Dike Blair, Dan Graham, and Christian Marclay. While artists like Berens, Bolande, Leavitt, Mason, Smithson, Tossin, and MICA-TV are well-known and acclaimed on the West Coast and abroad, Vernacular Environments, Part 1 offers a dynamic opportunity to introduce New York based Schweder and Mexico City based Cordero to a West Coast audience and position them within a broader artistic and conceptual dialogue.

At the intersection of memory and image are Raúl Cordero’s whimsically self-referential conceptual paintings which oscillate between forms of communication: words and images, cinema and video, documentary and narrative, imaginary and realistic. His large oil painting FR (II) (2013) portrays an out of focus aerial view of a theater proscenium with the letter “F" embedded into the theater curtains and the letter “R” on the audience. “FR” refers to the text at the bottom of the painting, an anecdote which describes Cordero’s dedication of an “ugly painting” to his late uncle Famin Rubiales. Upon his art dealer's donation of the painting to an “important museum," Cordero consequently receives endless commission requests for similar “ugly paintings”. Cordero’s interest is in when exactly an artwork begins and the constant interchange of people’s positions as they move between here and there, as if it were a memory. 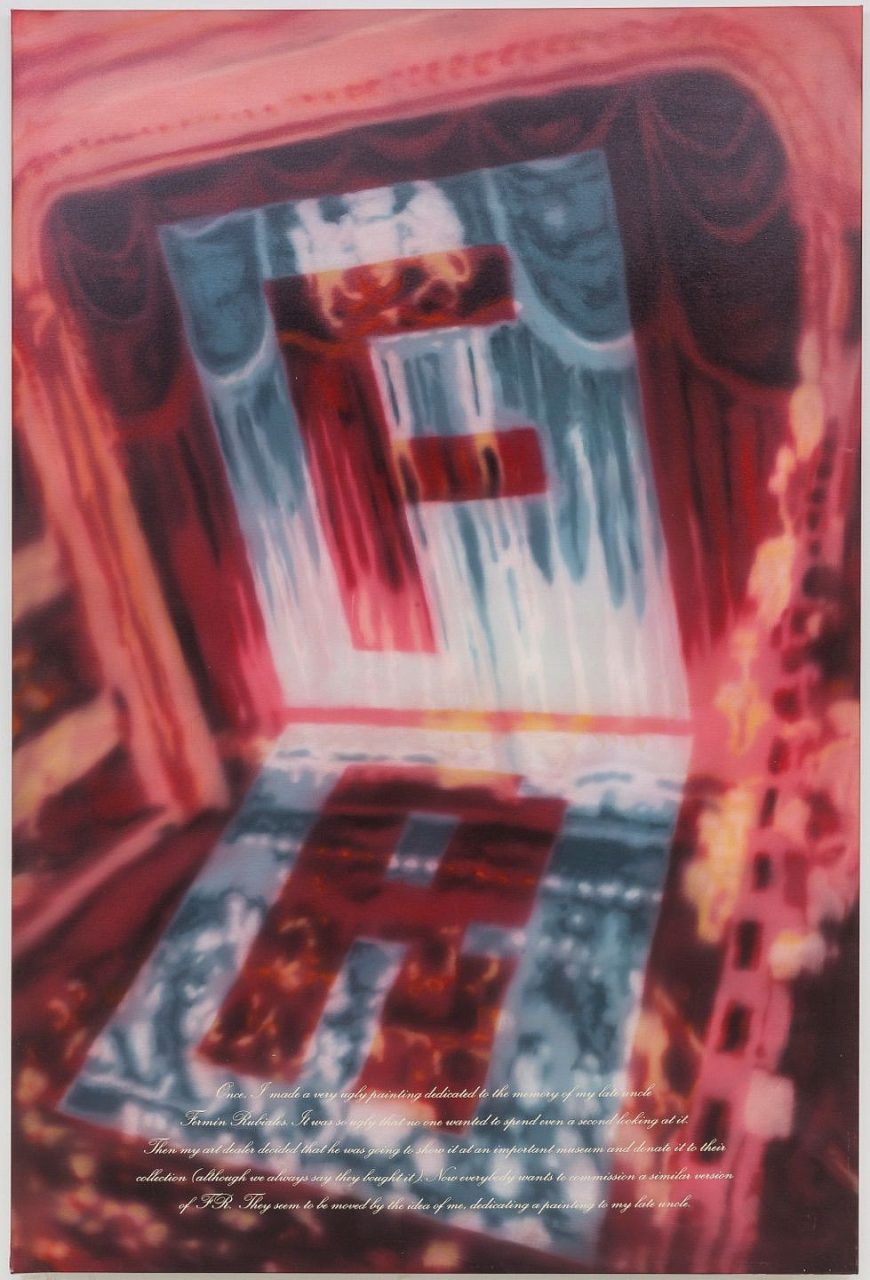 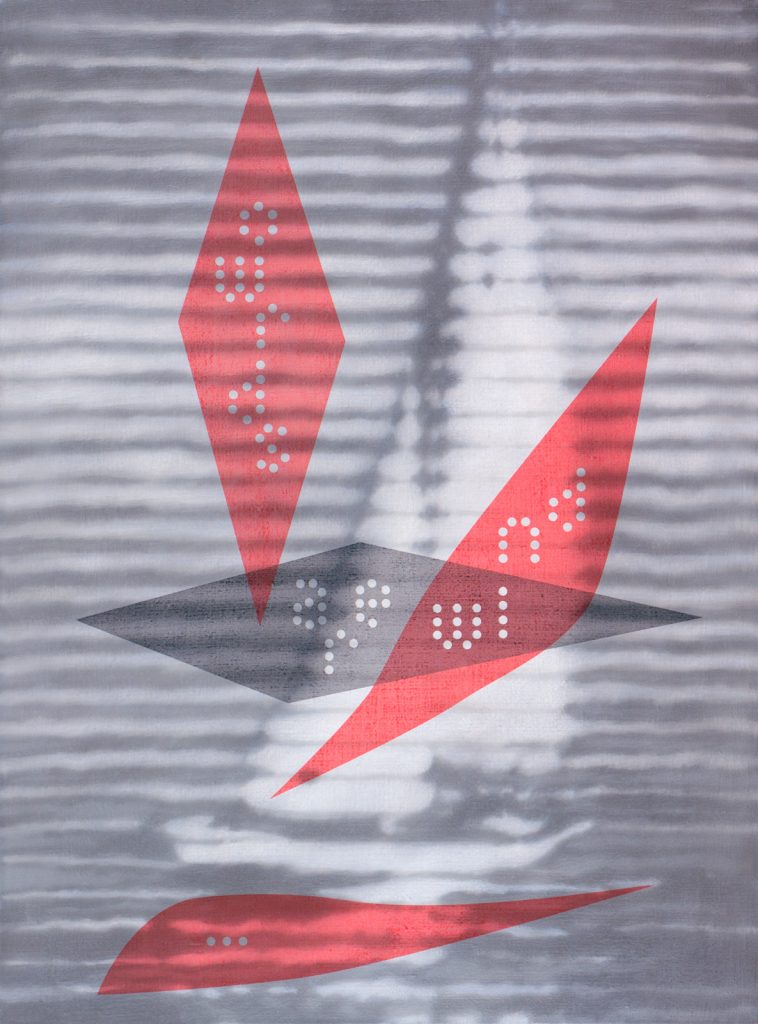