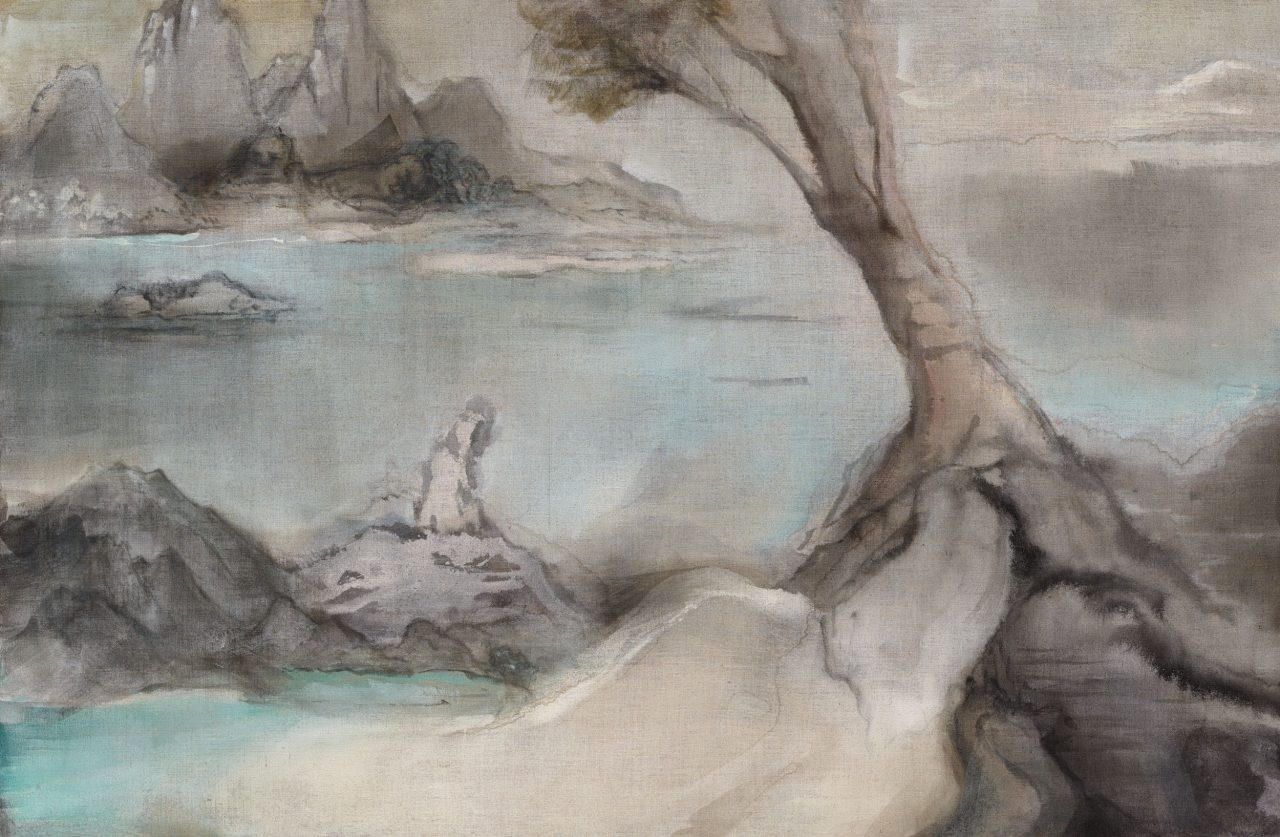 Rena Bransten Gallery is pleased to present a solo exhibition from internationally celebrated artist Leiko Ikemura. The exhibition will include paintings and sculptures examining the fragility and vulnerability of the human state. Throughout her almost four-decade career, Ikemura has continued to explore ideas of alienation and fragmentation, fitting for an artist who left her native Japan at a young age for Europe in search of a less constrictive environment.

Walking into an exhibition of Ikemura’s work is to be invited into another world. Her soft, dream-like paintings, a combination of highly diluted paints and jute canvasses, and her expressive ceramic sculpture, convey a world in which humans and nature meld fluidly, and a dramatic eroticism permeates the work. Ikemura’s universe is a unique one, informed by Japanese traditional art and Eastern notions of ghosts and spirits inhabiting all things, as seen in her supernatural interpretation of landscape elements, while also being influenced by European iconography from her studies in Spain.

While Ikemura demonstrates a great love for the natural world, there is perhaps a more ominous note. A lying sculpture of two embracing, headless female figures is at the center of the gallery space on a low pedestal. The figures are almost identical, and the embrace so close and tender the bodies began to meld. The sculpture is soft, delicate, childlike, but the dismemberment and hollowness lends itself to something more sinister.

Born in Tsu, Japan, Leiko Ikemura immigrated to Europe at age twenty-one, landing first in Spain where she studied literature and painting at the Academy of Fine Arts in Seville. She moved to Switzerland in the early 80s, where she began to exhibit her work in group exhibitions. In 1983 her first major solo exhibition was
held in Bonn, launching her career in Germany where she eventually moved and has continued to live and work, teaching painting at the Berlin University of Fine Arts from 1992 to 2015. Ikemura’s work is documented in numerous catalogues and books, and is included in internationally prominent public collections including Musée National d’Art Moderne, Centre George Pompidou, Paris, France; The Kunstmuseum Basel, Basel, Switzerland; the Kunstmuseum Linz, Lentos, Museum of Modern Art Linz, Austria; the National Museum of Modern Art, Tokyo, Japan; and the National Museum of Contemporary Art, Osaka, Japan. Her work has been shown in numerous exhibitions throughout Europe and Asia, and recently at the Nevada Museum of Art. She lives and works in Cologne and Berlin.

Leiko Ikemura is in conversation with JoAnne Northrup:
February 4, 5:30 – 6pm