Song of the Earth Chapter 1: Radical Relaxation, Chapter 2: The Shift 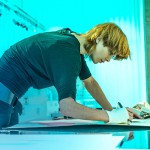 Jorinde Voigt's highly delicate works on paper, despite their large format, invite the beholder to step up and take a closer look. They can be read like choreographies or instructions as to events and everyday situations. In her artistic practice the artist consistently examines the conditions of what is visible, or invisible, to her. Rotating arrows, sweeping lines, plus information in writing on dynamic and tempo, as well as space and time, culminate, like in a musical score, in a repetitive compositional structure.

Each of these works denotes the direction of rotation in revolutions per day; structures time units into day-before-yesterday, yesterday, today, tomorrow, day-after-tomorrow; notes the cardinal direction and position in relation to the Earth's centre; and closes with a “Now” line, which once more condenses the development process quite like of a memory.

In the manner of mathematical algorithms, Voigt compresses reports on experiences and events into complex systems of notation, so that her works are better described as test set-ups or thinking models than simply as drawings. From her vantage point the artist undertakes the attempt, in other words, to capture emotional and other energies released in their simultaneity. “Similarly, in principle, to the notation of a composition in music,” Voigt, who trained as a cellist, explained her works as early as 2003, “visual and acoustic elements are arranged rhythmically, located geographically in addition by way of meridians and latitudes, and set in relation to duration and speed.”

Her work series, consisting of several parts, are based on various themes, and they span from performative descriptions of everyday life all the way to explorations of philosophical and socio-theoretical texts, to literary reworks, or musical compositions. Thus Voigt has devoted extensive series to Niklas Luhmann's treatise Liebe als Passion: Zur Codierung von Intimität or to the thirty-two piano sonatas of Ludwig van Beethoven. Musical study has always been part of her work. The series Symphonic Area, created in 2009, for instance is based on a meta score which examines the basic musical elements, i.e. melody, caesura, dynamic, beat and loop, in order to depict the complex possibilities of composition and music as such. Or, as already mentioned, in 2012 she dedicated an entire work series to Ludwig van Beethoven and his thirty-two piano sonatas by extracting the emotional and dynamic spectrum along the urtext and translating it into a multi-dimensional spatial thinking model.

The associative starting point for her new series was Das Lied von der Erde by Gustav Mahler, the English title of which also serves as an overall heading to the series. In a way comparable to the individual parts of Mahler's songs, Voigt concentrates thematic blocks with a contemporary relevance and sets out to interpret these pictorially and musically in more than seven chapters.

The first chapter deals with Peter Sloterdijk's essay “Stress und Freiheit” and his derivation of Rousseau's concept of freedom. Drifting in a boat on Lake Biel, Sloterdijk literally describes Rousseau as the first individual thinking freely. By way of blue and flowing formal elements the artist also re-examines her own water-related memories and experiences and supplements these with seemingly organic bodies, which further contribute to giving the series a certain intimacy.

The work on paper, seven metres long in total, is divided into seven parts of equal length to form the immediate score, which, just like the second chapter, is interpreted musically by the zeitkratzer ensemble, led by Reinhold Friedl. Each of the seven sheets represents a playing time of three minutes and assigns each of the graphic elements, such as the expanses of water depicted by way of blue colour fields or the forms denoted through drawings, which could be described as organs, to a different group of instruments. Thus, in the score, the bassoon, the oboe and the piano together take on the expanses of water, while the little “green” forms are played by the percussionist and the cellist, in accordance with the artist's instruction to play them in a humorous fashion, “as if the hand were diving slowly and briefly into the mirroring surface of a cool lake.”

The second chapter, bearing the heading “The Shift,” deals with the artist's own work practice and questions the existence and motivation of artistic activity. The first chapter of the elaborate work series has been turned into a limited-edition, signed vinyl record. In this way, the interested music and art lover not only can listen to the two versions of the first chapter, but also can study the reproduction of the original drawings, as well as the revised score, by way of an insert folded into seven parts.

With Jorinde Voigt and Christian Marclay artistic position enters into direct partnership with musical interpreters. There is no composer, no score in the conventional sense, to serve as an interface. Despite their differing aesthetic approaches, what unites the two artists is the idea of painstakingly depicting the world in graphic and musical transcriptions. The artists Jorinde Voigt and Christian Marclay combine visual art with music by inviting the two ensembles zeitkrather and ensemBle baBel to interpret two work series created specifically for the purpose. What makes these collaborations special, beside the interdisciplinary dialogue between artists and musicians, is the extension of artistic practice into free musical interpretation, which results in every performance being truly unique.

The presentation is a premiere both for KLANGSPUREN SCHWAZ and Kunstraum Innsbruck who, in collaboration with Freunde Guter Musik Berlin e.V. and Nationalgalerie im Hamburger Bahnhof – Museum für Gegenwart – Berlin, not only present the works in question in an art exhibition but also have them performed musically for the first time. 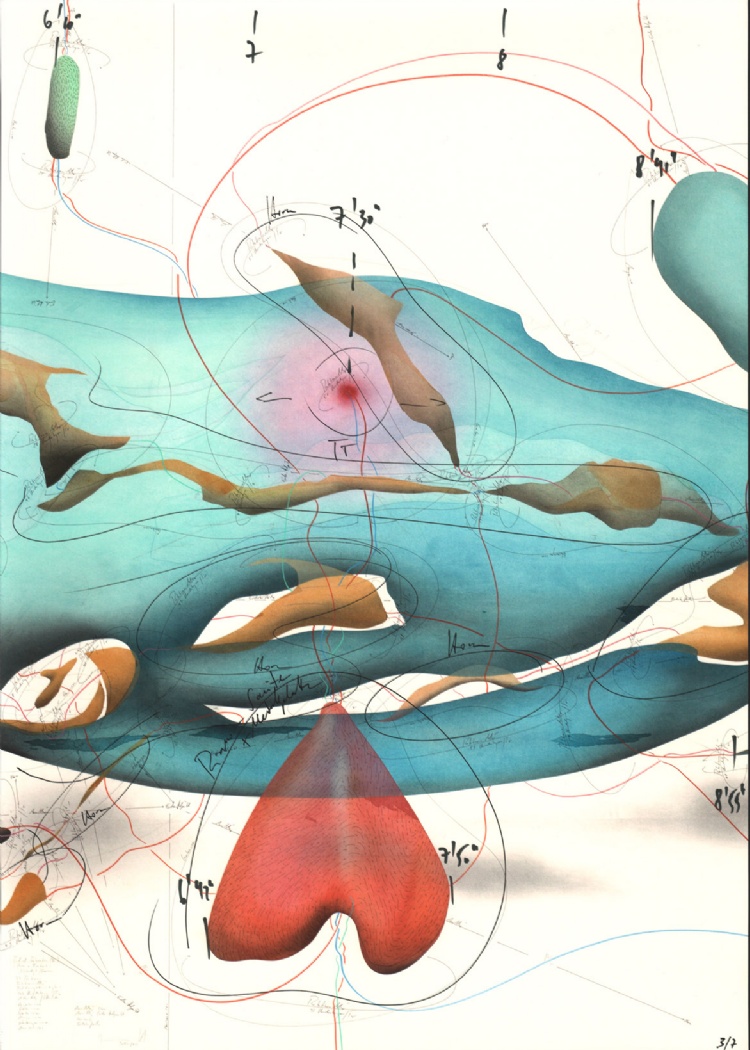