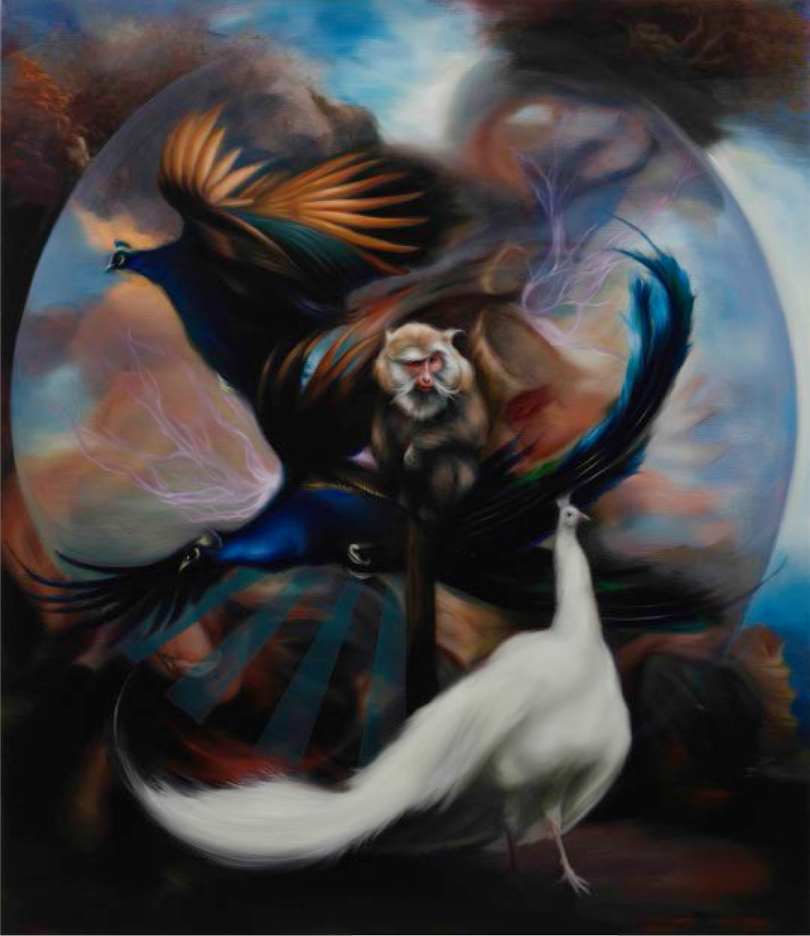 Parafin is pleased to announce an exhibition of new work by British artist Hugo Wilson (born 1982). This will be the artist’s second exhibition with the gallery and includes new paintings, monumental charcoal drawings, and terracotta and Corten steel sculptures.

Wilson’s new work continues his exploration of the ways in which culture generates systems of belief and meaning. By taking motifs and forms from art history and from a variety of cultural sources – including old master paintings by Stubbs, Rubens or Poussin, Graeco-Roman and Baroque sculpture and contemporary sci-fi movies – and then recombining them in new and striking configurations, Wilson assembles a new lexicon of possible meaning. In his work, Wilson deliberately manipulates and triggers our shared cultural references. Motifs hover at the edge of recognition and legibility, allowing meaning to become something fluid rather than fixed. Compositions are drawn from works of the past which are subjected to startling transformations. Thus Francois Le Moyne’s Rape of Europa (c.1725) becomes the starting point – providing both landscape setting and structural dynamic – for an extraordinary composition of birds and monkeys. And Joseph Wright of Derby’s Two Boys Fighting Over a Bladder (1767-70) offers compositional structure for a seemingly abstract image combining a detail of Caravaggiesque armour and elements of Raygun Gothic.

Of particular interest to Wilson are the ways that throughout history certain animals have been attributed with mythic or symbolic qualities, or have been characterized as embodiments of qualities such as innocence, purity or stupidity. In Wilson’s new works creatures as varied as a white peacock, a silverback gorilla, a Tibetan macaque and a walrus take the place of the gods and goddesses of art history and become the protagonists of a series of enigmatic scenarios suggestive of violence, celebration or spirituality but ultimately open to each viewer’s individual interpretation.

Hugo Wilson’s recent solo exhibitions include Parafin, London (2015), Project B, Milan (2013) and Mihai Nicodim Gallery, Los Angeles (2012). He was included in ‘The Nude in the XX and XXI Centuries’ at S|2, London (2015), ‘Play Things’ at the New York Public Library (2013) and ‘Nightfall: New Tendencies in Figurative Painting’ at the MODEM Centre for Modern and Contemporary Art, Debrecen, Hungary (2012). Wilson’s work is in private and public collections internationally, including the New York Public Library, the Deutsche Bank Collection and the Fondazione Memmo in Rome. In May 2017 he will have a solo exhibition at Galerie Judin in Berlin.