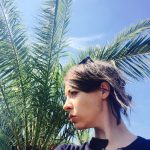 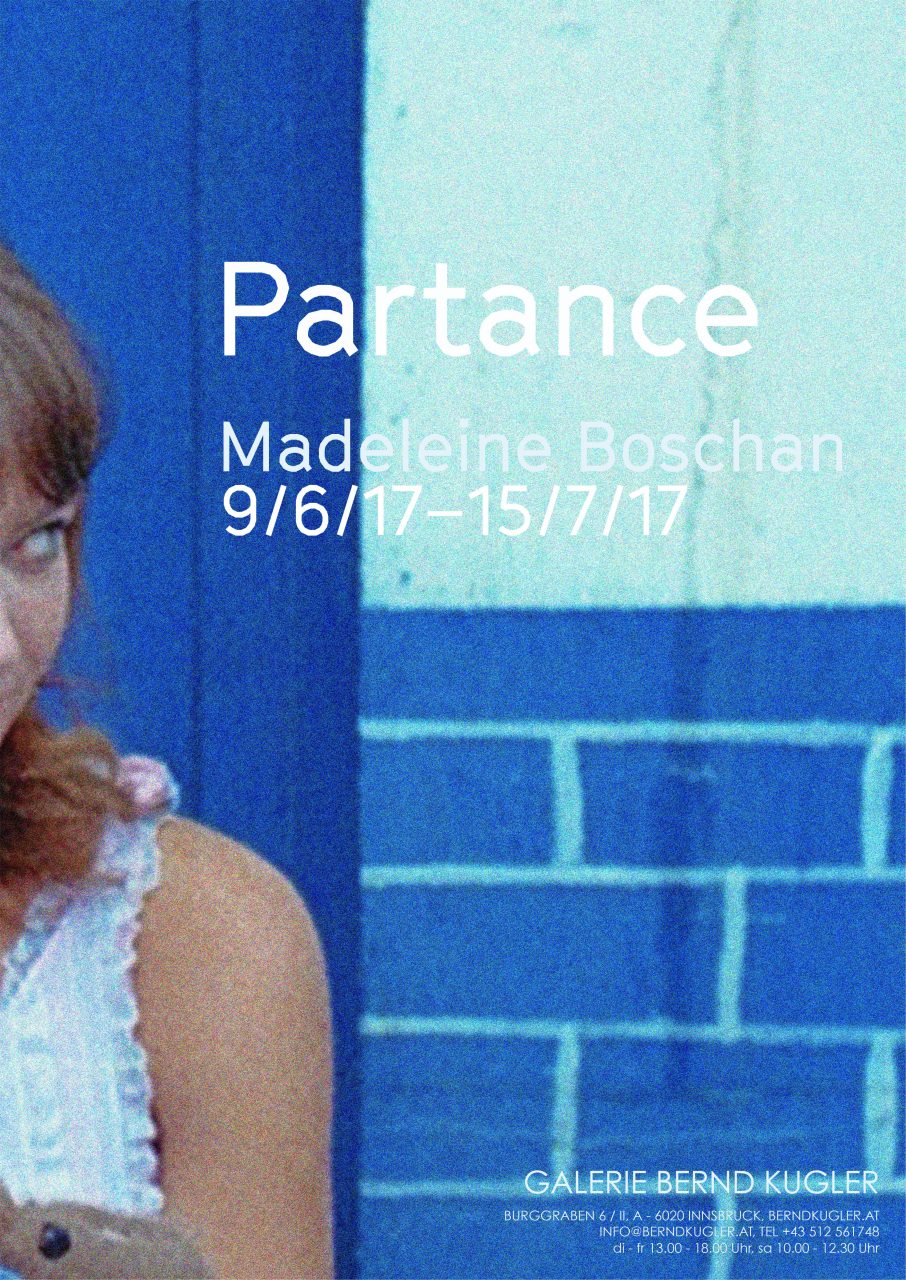 For her actual show Partance Madeleine Boschan has developed five colored plywood sculptures, that in the exhibition space not only relate to each other, but also to a light blue painted wall. Differently proportioned pedestals on equal levels build a statuary unity with each singular work that is colored in a bright cobalt blue. Presented to the viewer on eye-level, various possibilities emerge to make contact with each singular work, to sense and to think about the different spatial constellations, that comprise mainly portaland passage-situations. In a way the recipient can encounter himself, and perhaps also a viewing counterpart appearing on the other side. In the perception of the works the various options of view result from their basic constellations. Fundamental elements and conditions such as: wall, separation, barrier, opening and a passage furthermore opens up a wide range of possible metaphorical meaning.

At first however, Boschans artistic settings appear as what they are: extracted threedimensional, architectural segments or models that emerge from a two-dimensional flat form by bending, building up and cutting. Despite of diagonal narrowing and the avoidance of exact symmetries that produce tension, the stereometric constructions appear ´simple´, definite and fundamental in an obvious way. From the model-character of the works the question of their relation to a concrete reality arises. Are we confronted with blueprints that are to be converted into a real architecture, or do they exemplify in their playful manner a parallel world, where one is staying or heading to in a pure sensual and imaginary way?

With the collective title of the five different works the artist opens up an additional level of connotation and meaning. `Cet imperceptible échange qui nous fait frémir` quotes two lines from a late poem by Rainer Maria Rilke. “A nearly perceptible exchange that leads us to tremble“ in the context of Boschans works could not only be read regarding a social activity, but over and above as a reference to the meaning and the impact of artistic works as such, as a particular form of receptivity and interaction, that is vital not only for the enjoyment but also for the understanding of art.

Boschan belongs to a second generation of German, respectively European artists, who pick up American abstract art of the 1960ies. The first generation were amongst others Blinky Palermo, Imi Knoebel, Günther Förg and Isa Genzken who stood especially out with their laconic-expressive and sloppy-spontaneous transformations of artistic concepts, which originally were characterized by formal strengh and by the absence of a specific artistic handwriting, as well as an alignment to basic principles of geometric, structural and physical aspects. Minimal Art transferred the two-dimensional picture into space, created hybrids of painting and sculpture and wanted their abstract settings and formal processes to be understood as autonomous phenomenons – without any illusionistic or
associative superstructure. While the mentioned first generation generally remained faithful to this “neutral“, virtually objective approach, and at the most added humouristic components, subsequently a different, dynamic relation between an autonomous artictic formulation and an equally present reference frame emerged. In Boschans case it seems at first sight that her productions demand their increased right to exist as self-sufficient, independent artefacts. Although in detail her works reveal brushwork, characteristics of materiality and inaccuracies in execution, the overall impression is an atmosphere of closed, apodictic and sometimes almost erratic settings. How do these objects relate to the verbal elements that at the same time come into play? It is presicely this area of conflict between a “carefree“ artistic setting and a cultural reference-system, that in particular determine Madeleine Boschans works. The literary references that frequently – not only in her exhibition Partance – come to fruition, much more than function as a mere description. They serve as a necessary
activation, not only on the side of the objects but also on the side of the viewer. Boschans art aims at an extension that is initiated by generating tension, respectively a power play – between the objects themselves and the literary material they are confronted with. The observer is called upon to enter this power play and to produce a necessary energy of friction. Then it can succeed – with the meaning of Partance as to start out, to pass through and to progress – to let arise a trancsendence of the visible.