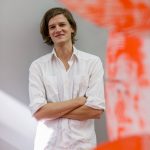 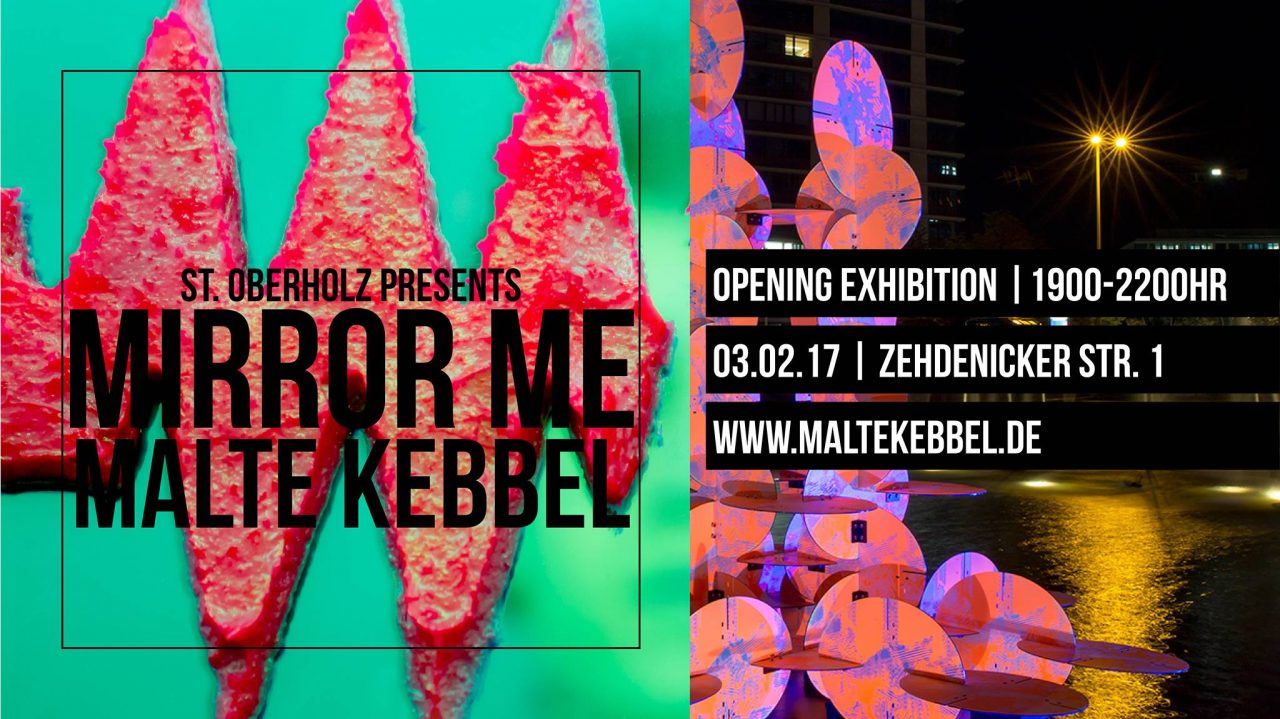 St. Oberholz invites you to its 5th series at our St. Oberholz Coffe Lab at Zehdenicker Str. 1

Malte Kebbel will show his latest mirror artworks - A play of viewing, colorful nothingness, distortion and the subtle boundaries between a two dimensional and three dimensional work.

The central motifs of the artworks are distorted motifs, lines, waves, repetitive and algorithmic strokes and shapes. The apparent motif is only the visible surface, under this surface, an infinite number of motifs are hidden.

"Even though a two-dimensional image entices in its flat simplicity, I feel the urge to snatch it away from its flatness and inflate it with kinetic matter. It is the light that makes a motif shine, yet in the darkness light unveils hidden secrets of the image collage."

Furthermore Malte Kebbel will show also his latest luminescent light artworks as an special installation in the St. Oberholz at the Rosenthaler Platz.

Malte Kebbel showed his work already at one of the biggest light festivals "Luminale 2016" in Frankfurt and also at the "Berlin Leuchtet 2016" Festival in Berlin, among other several international solo and group exhibitions world wide.