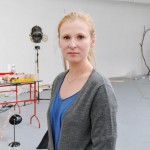 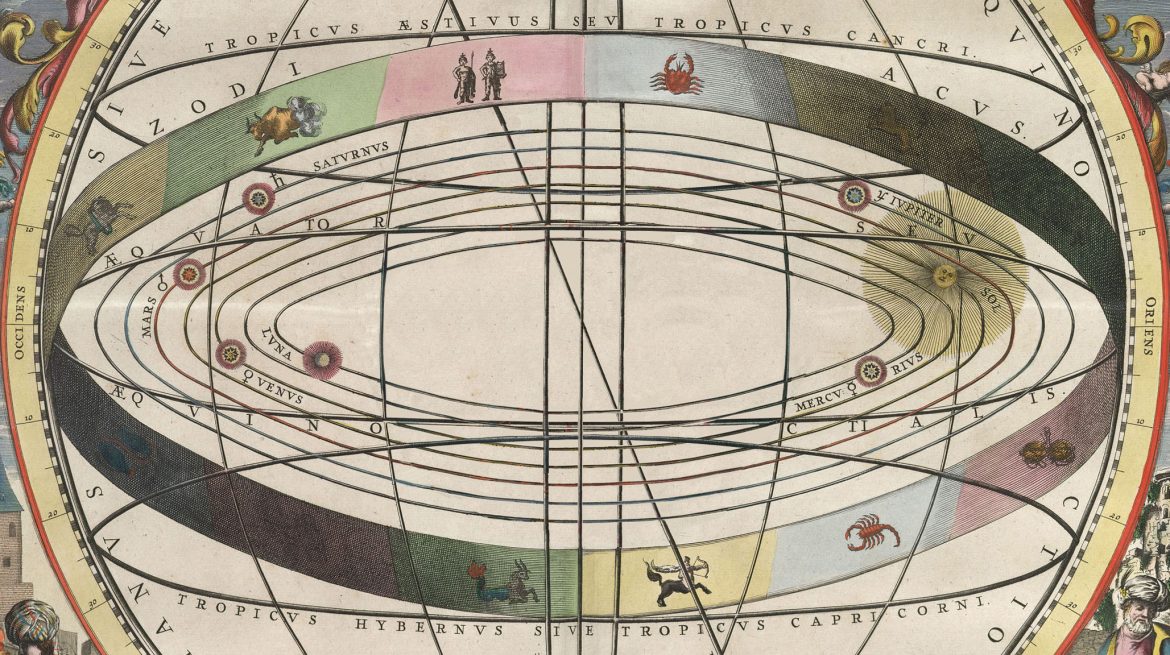 Bronze casts of giant vertebrae accompany a film inspired by NASA data of extrasolar meteors, referencing the cataclysmic event believed to have caused the extinction of the dinosaurs. At the centre of the space, a large mobile of 24 electronic star maps hangs from the ceiling. Rotating in concentric circles, the mobile visualises astronomical data showing the earth’s position in the known galaxy.

Kwade (b.1979, Katowice, Poland) defies the conventional understanding of time and space in her work. From manipulating the mechanical workings of a clock, to creating liquid pools of mirrored glass, she converts common materials into extraordinary artworks that alter our perception of the world