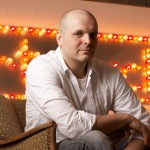 We are happy to announce the group exhibition “Los Angeles”, the third part of our Berlin-L.A. trilogy,
featuring Marcel Buehler, Hans Diernberger, Veronika Kellndorfer, Anna McCarthy, Hans-Christian
Schink and David Zink-Yi. All of the artists either stayed at the Villa Aurora or participated in the MAK
Schindler Artists-in-Residence Program in Los Angeles.
Berlin and Los Angeles, Los Angeles and Berlin – both cities, according to Oliver Zybok’s recently
published article “California Dreaming”1
, are amongst the most important art capitals in the world, with
an almost unimaginable artistic potential. Zybok argues that they are distinguished by a maximum of
creative freedom and an almost unheard-of level of openness and cosmopolitanism, connected through
a long tradition of reciprocal cultural exchange across the Atlantic.
All the artists on display in the Berlin-L.A. trilogy lived in either Berlin or Los Angeles for a period of up
to three months. Each in its own way, the two cities functioned as sources of inspiration and spaces of
concentration, embedded within a forum of intellectual debates and encounters. Zybok gets to the heart
of what the exhibition series reveals on a smaller scale: “Trans-regional influences, resulting either
from one’s background or from numerous trips, significantly inform the artistic process today.”2
In 2003, the artist and trained painter Veronika Kellndorfer continued her investigations into the
theme of “Space, Urban Space, Living Space as a ‘Real Space’ and as Fiction”. During her stay in L.A.,
she created a photo series of iconic modernist residences. Yet instead of capturing them in a
representative wide-angle perspective, Kellndorfer focussed on intimate details and thereby explored
concepts of inner and outer space, of shell and interior. The photos are screen printed on glass, which
evokes a parallel to the constructive element of the windowpane, while also being reminiscent of a film
still with dreamlike connotations.
In Hans-Christian Schink’s and David Zink-Yi’s photos, the city also takes centre stage. Yet they both
portray it as a “utilitarian landscape”, characterized by traffic, parking spaces, as well as by a purely
functional, serviceable architecture. What is striking in the works of both artists is the refusal to
idealise the city – no “California Dreaming” here. Schink explores the city’s periphery and portrays it ina precise manner, yet with the distance of a foreigner. The artist initially used his night shots of L.A. as
an attempt to gain an overview from a distance, before penetrating deeper into the city by
photographically blowing up identifiable details from the sea of light.
Zink-Yi, who in his work tackles universal questions about identity and ideology, did not seek the
distanced outer perspective, but plunged deep into the web of the foreign city, depicting one of the
countless parking spaces in downtown L.A. Characterized by a non-descript architecture and debris,
the only thing that strikes the eye in these impersonal places (impressive intermediate levels, which
fundamentally shape the city) are the palm trees, whose leafs, hanging from precariously thin trunks,
seem to explode between the skyline and the sky.
The fact that a stay in a foreign country can also be a moment of introspection and self-examination is
illustrated by Marcel Buehler’s collages: “Die halbe Reise” is a look back, consisting of over two
hundred pages of collages – a reflection and a look ahead, a container of ideas and a form of selfexamination,
as well as a commentary on one’s own work.
If there is one thing that the photos of Kellndorfer, Schink and Zink-Yi have in common, it is the absence
of people, the inhabitants of Los Angeles. It is to those people, the Los Angelenos, that Hans
Diernberger’s 2012 film “N like Nancy” is dedicated. Taking the form of a vox pop, Diernberger lets a
variety of passers-by have their say about the most diverse topics, from the posh film festivals to the
shady sides of downtown L.A. The result is an idiosyncratic portrait of a lively and seemingly carefree
metropolis and its inhabitants. It is neither the inhabitants nor the city itself that are the centre of the
Anna McCarthy’s 2014 short film “Fassbinder in LALALAND”, but an icon of German cinema: the film
tells the story of a woman in L.A., who pretends to be German film director Rainer Werner Fassbinder.
To celebrate her birthday, she gives, or rather Fassbinder gives, his first interview in 33 years, in
Bavarian with a strong American accent…
The artists will be present at the opening.
Should you have any questions or require further information, please do not hesitate to get in touch. We
are happy to provide printable images on request.
Berlin – L.A. Trilogy
I Chris Engman, Landscapes: 27.11.2015 – 23.1.2016
II Michael John Kelly, Language: 30.1. 2016 – 5.3.2016
III Group Exhibition, Los Angeles: 12.3.2016 – 16.4.2016
Contact
Katharina Pilz: pilz@68projects.com
phone: +49 30 889 228 76 | fax +49 30 889 225 899
www.68projects.com | http://www.facebook.com/68projects