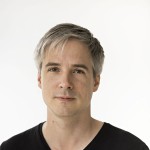 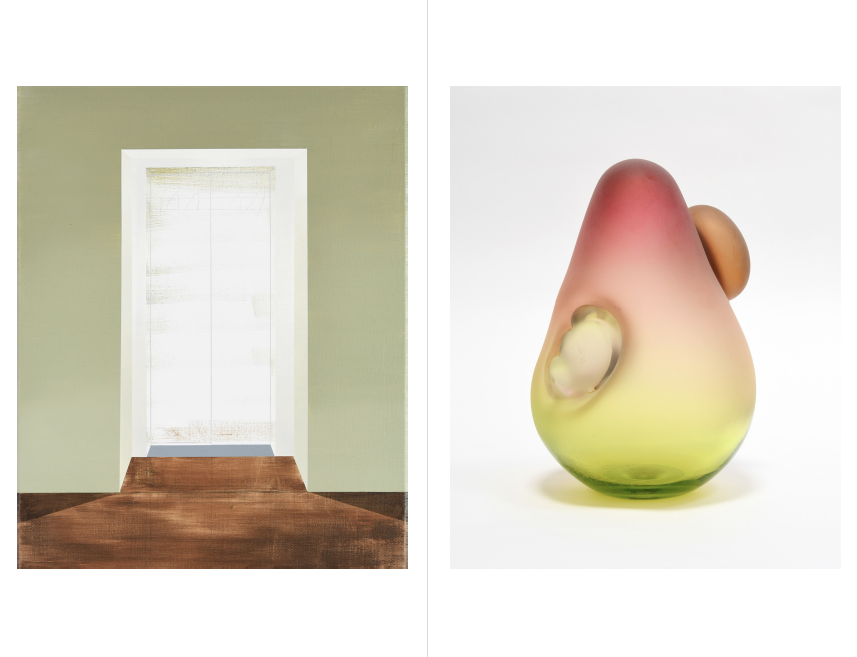 The theme of Julius Weiland's most recent paintings is the architecture
of the 1960s and 1970s - above all socialist modernism
and so-called brutalism. The fascination that these buildings
arouse lies in their consistent design language as well as in the
simultaneous exaggeration and their pathos, which today seems
strange. The painterly interpretation does not make it clear
which era is involved. Abstraction and changing colors give rise
to new architectures that could be as contemporary as they are
utopian. Facades are broken down into small areas of color and
rooms are presented in dramatic perspectives. In contrast to
this are Julius Weiland's glass objects, which refer to the natural
sphere through soft organic shapes and soft colors. They are
allusions to moods and natural phenomena, but they elude any
clarity. The connecting element to the paintings seems to be the
composition - the merging of forms and colors into coherent
units. Forms growing from within refer to the originality and
eternal transformation of nature.