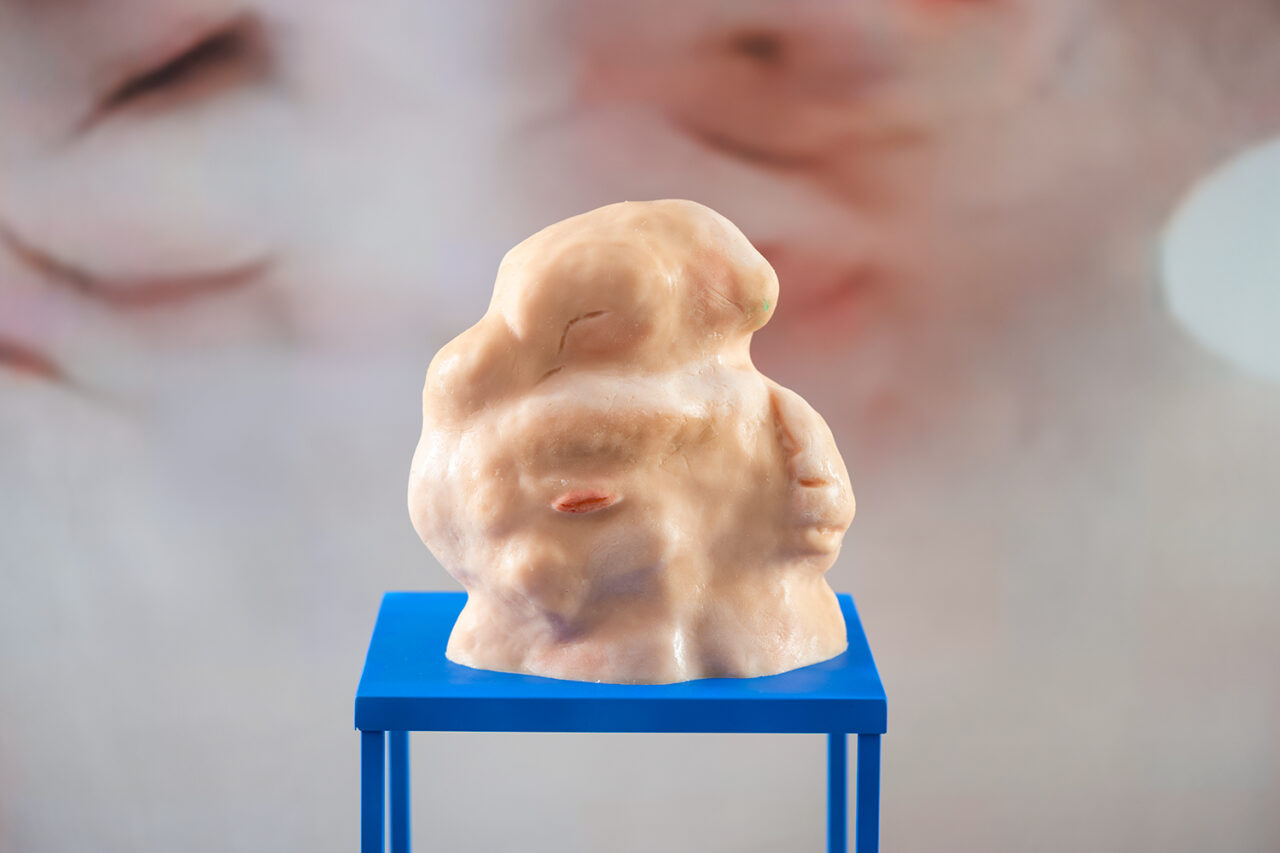 The works of Ivonne Thein reflect the present body images of a digital culture that is currently undergoing fundamental change due to extensive technologization. In recent years, the use of automated, non-human recordings and artificial intelligence (AI) has placed the question of the problem of imitating nature and thus the relationship between art, technology and the body at the center of artistic-design discourses. Today, new technologies profoundly shape both the physical body and its virtual representations in the visual culture of our time. What evidence do the abstract body landscapes that Ivonne Thein generated in cooperation with an AI provide us with? Fragmented body images that both fascinate and unsettle us through their surreal syntheses and digital abstractions.
Ivonne Thein first trained an AI with stock photos of various body images. (Re-)combination, mutation and selection of forms then take place automatically in the deep layers of the artificial neural network, which the artist uses as a non-human collaborator in the further pictorial process. The AI ​​mimics role models and simulates creativity, which was previously considered intelligent activity and outstanding human ability. In the end, the body images generated by the AI ​​in the exhibition space are intrusively close to us, as they no longer remain purely data sets on screens (e.g. as a print or video loop), but are also substantiated by the artist as silicone sculptures in the real space of SOMA. In doing so, they not only objectify the human body as raw material for manipulation and modeling of any kind, but also question the new relationship between the forms of nature, their pictorial imitation and the technical artistic forms of our time. In it, Ivonne Thein deals impressively and in a transdisciplinary way with the current concept of body image in the age of digital cultures.

About the artist: Ivonne Thein (Berlin) is a multidisciplinary artist whose photographs, videos, sculptures and mixed media installations have been shown in galleries and museums such as Fotomuseum Winterthur, CO Berlin, ACP Sydney, Kunsthalle Karlsruhe, Lentos Linz and Amelie A. Wallace Gallery NY. She has received awards and grants from CO Berlin, ifa, Stiftung Kunstfonds, VG Bildkunst and BBK Bundesverband.