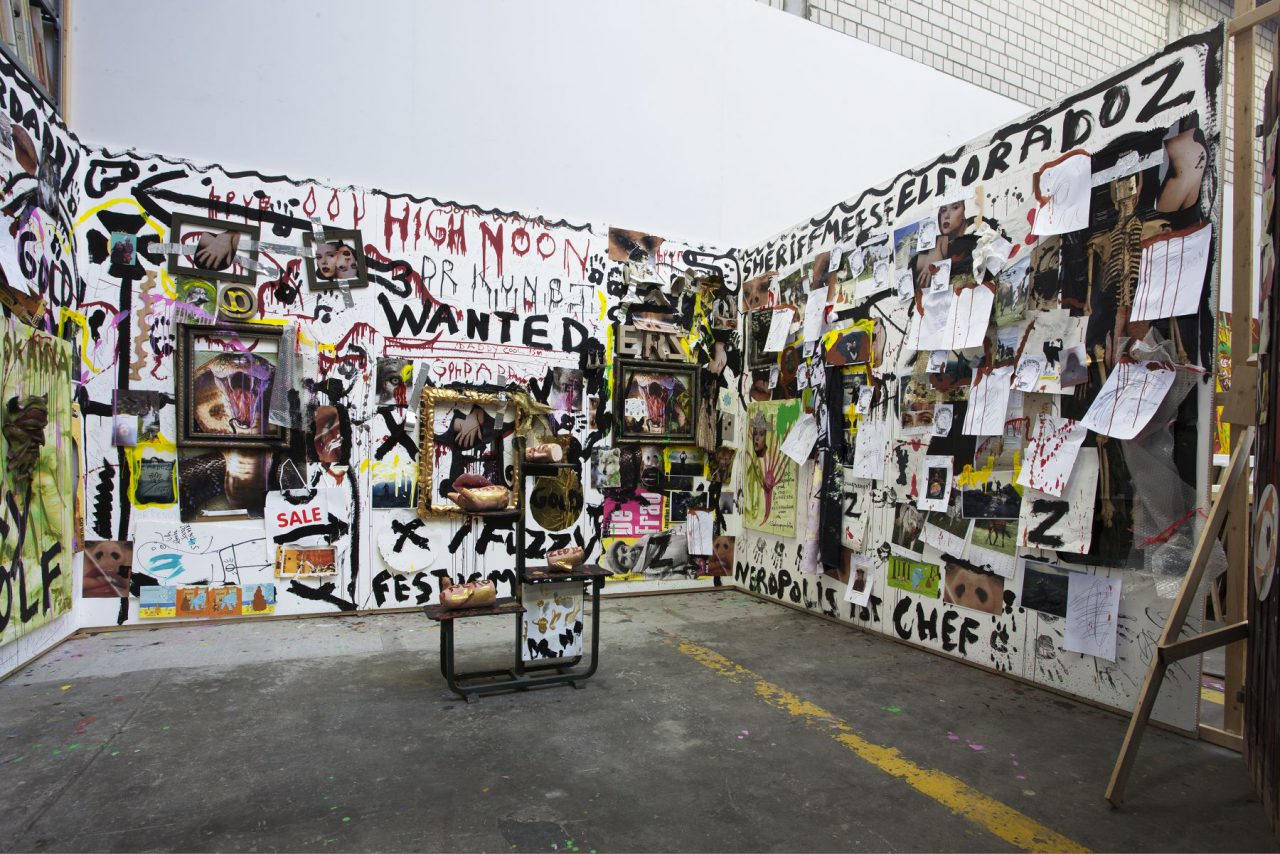 David Nolan Gallery is pleased to announce DR. TRANS-FORM-ERZ, a survey of nearly 70 drawings from over two decades by Jonathan Meese. On view from October 27 through December 17, the exhibition marks his first collaboration with the gallery and his first solo presentation in New York since 2011. A fully illustrated catalogue co-published by David Nolan Gallery and Verlag der Buchhandlung Walther König, with an essay by Pamela Kort, accompanies the exhibition.

Meese’s work includes paintings, drawings, sculptures, and performances but also extends to writing, stage design, and directing within the field of theater and opera. His practice addresses certain uneasy aspects of German political history and seeks to adopt ideological symbols and empty them of meaning. The subjects of his work have included Richard Wagner’s three act opera “Parsifal”, and more recently, the American actor, John Wayne. Wayne’s portrayals of unconquerable cowboys in over 80 Westerns, serve as the inspiration for a new suite of drawings entitled ERZMARSHALL. Newly conceived for the exhibition is an immersive installation that occupies an entire room. Combining painting, drawing, and sculpture, the work provides an environment in which the viewer can bear witness to Meese’s wide-ranging imagination.
The central importance of drawing in Meese’s career is underscored by an anecdote that the artist has recalled about travelling through Hamburg with his mother on his 22nd birthday. When asked what he would like as a present, the young Meese requested paper and pencils so that he could begin making drawings. In his subsequent artistic career, he has channeled and exploited the possibilities of the medium, deploying a range of techniques, working with cotton-rag papers, appropriated imagery in the form of photocopies, and over-painted photographs of himself in various guises.