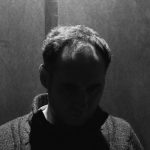 Simon Horn, Julia Rückert and Alexander Schellbach are Graduates from the Art Academy Kunsthochschule Burg Giebichenstein in Halle. In their artistic standing they simultaneously prospect on the possibilities of ceramics. The exhibited objects testify their unique and very distinct experiences with the earthy material – the spectrum ranges from sensual-narratives to specifically geometric forms, using the known and the possible standards in a playful way. Within his artistic practice Simon Horn investigates to capture and reproduce the multitude of potentialities in spatial representation. This creates new answers and perspectives on the subject of space, its structures and the perception of the individual spectator. In a subtle way, Julia Rückert deals with current social phenomena in her ceramic sculptures, reliefs and mosaics, whereas, focussing on the relationship between humans and animals is a central theme of her work. Desolate spaces of post-industrial legacies are described in Alexander Schellbach's drawings, sometimes additionally combined with sculptures of a technical pretence. His artwork oscillates between documentation and fiction aiming to scrutinize the general credibility of imagery.