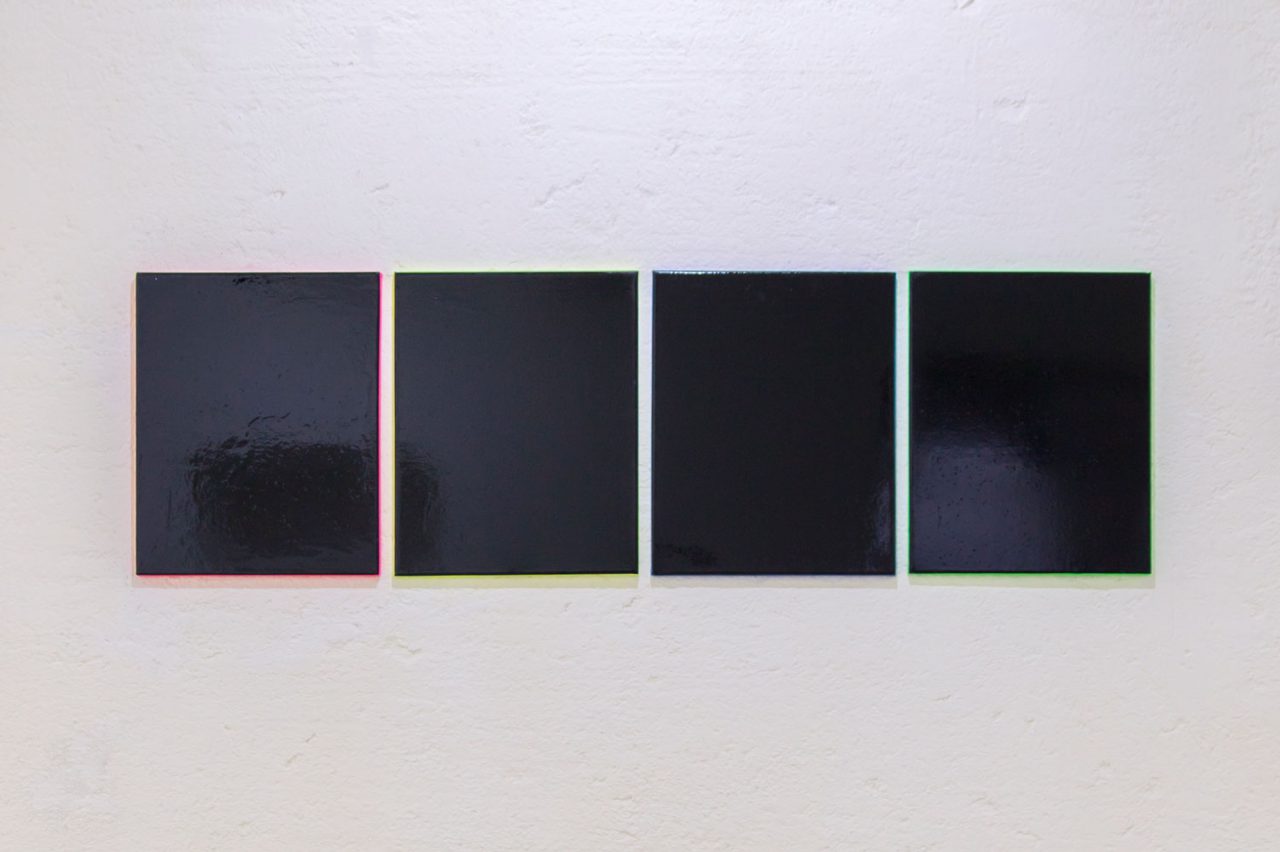 Patric Sandri’s work investigates the medium of painting and the perception of its properties. His focus is on the awareness of the ‘gaze’ and the aspect of looking, whether it is by the artist, or the viewer. This extends into how light and material can interfere and interrupt the gaze and result in a phenomenological response, such as perception, affect and illusion. Sandri is trying to find room for perceptual inconsistency to be included in the phenomenon of painting. Using the mistakes of perceptual apprehension has become more and more important in the way he generates ideas and works.
During the process of painting he questions the role of the ‚image’. The function of a three-dimensional object and its carrier is explored, often deconstructed and put into a new order again. The pictorial plane is treated as a zone of impact and reaction, the body of the image carrier as an autonomous sculpture. Light completes the paintings and is thematized by the image back sides, the sides of the canvas and the stretcher bars which are painted. The colours reflect and radiate on the background which is dipped in colored light. The front and the backsides of the canvas are equally important and Sandri also creates illusions about these.