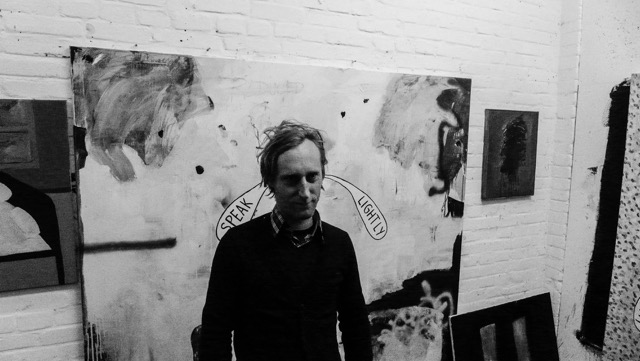 Kottie Paloma's paintings, drawings, books and sculptures, explore the darker side of society in a humorous yet poignant and gritty manner. His abstracts serve as a bridge between his sculptures, photography and his earlier and still present comic based paintings. Paloma’s art is in private and public collections throughout the United States and Europe. Some of the public collections include MOMA in NYC, Harvard and Stanford University and the Bavarian State Library in Munich, to name a few. Paloma’s first survey catalog of his work published by Pogo Books in Berlin titled “XOXO” is now in the public collections library at the Tate Modern London.