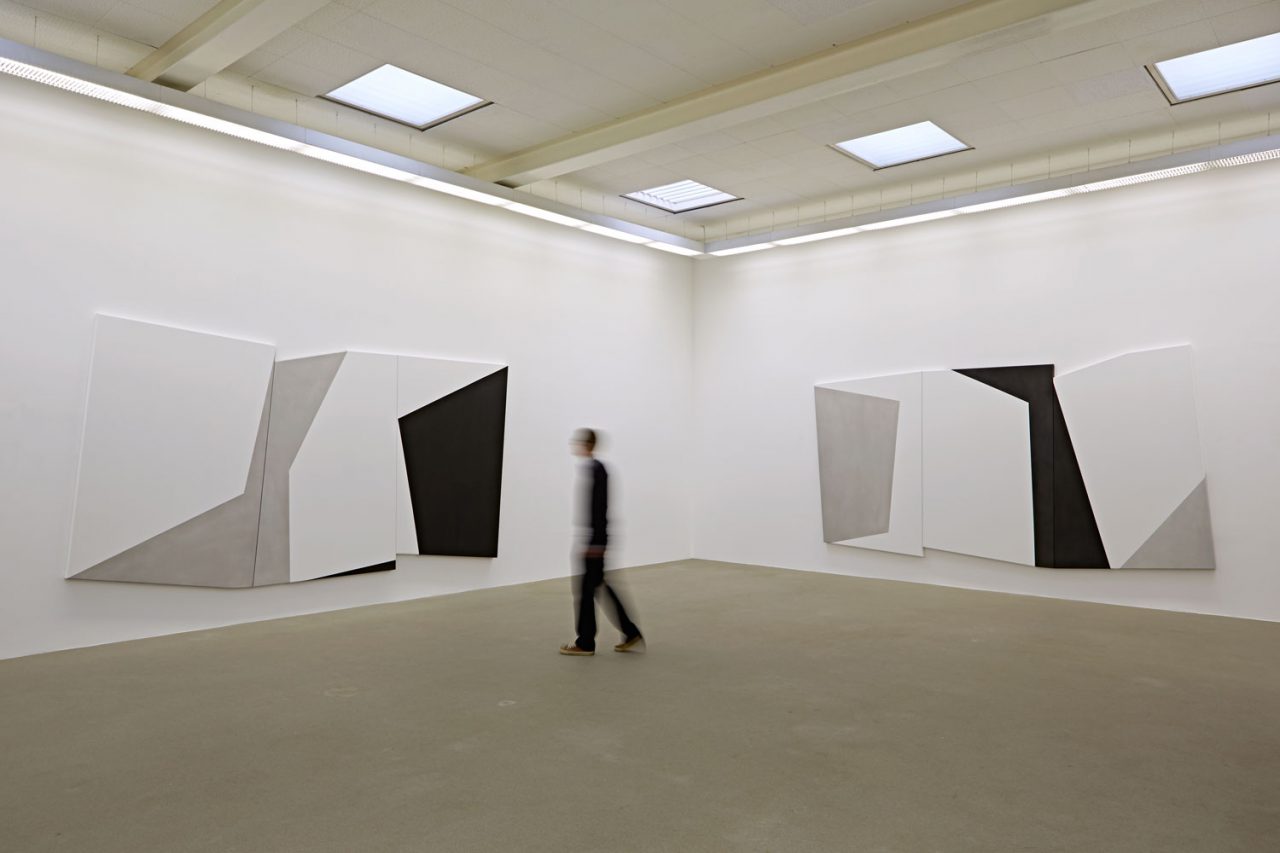 That's it: nothing
For the most part, what we see are a few predominantly diagonal, at times steep or shallow black lines that traverse either a plain white wall or an irregular-shaped canvas, occasionally demarcating evenly coloured black segments. Sometimes it is just a black border at the edge of a panel that arrests our attention, or perhaps the interplay between two similarly shaped rectangles, juxtaposed asymmetrically. That’s it: nothing “symbolic” springs to mind, not even enough significance to prompt one to start waffling about “art”. Nevertheless, as soon as you take a closer look, gently inclining your head to one side, perhaps even as you are in the throes of leaving, these sparse formations begin to move almost imperceptibly. Move a step closer, then a step back, a little to the left or to the right – and all of a sudden, the sensory event is fully underway: unimagined depths suddenly materialise, planes start to tip, slide or bulge, palpable shifts of weight seem to animate various hitherto apparently flat areas. Yet this is by no means about the multiplication of aspects or perspectives of one and the same view because there is no fixed object of our contemplation – at least not in our perception. Rather, what we are looking at actually moves with us: incessantly forming and re-forming itself without ever constituting a definitive result.