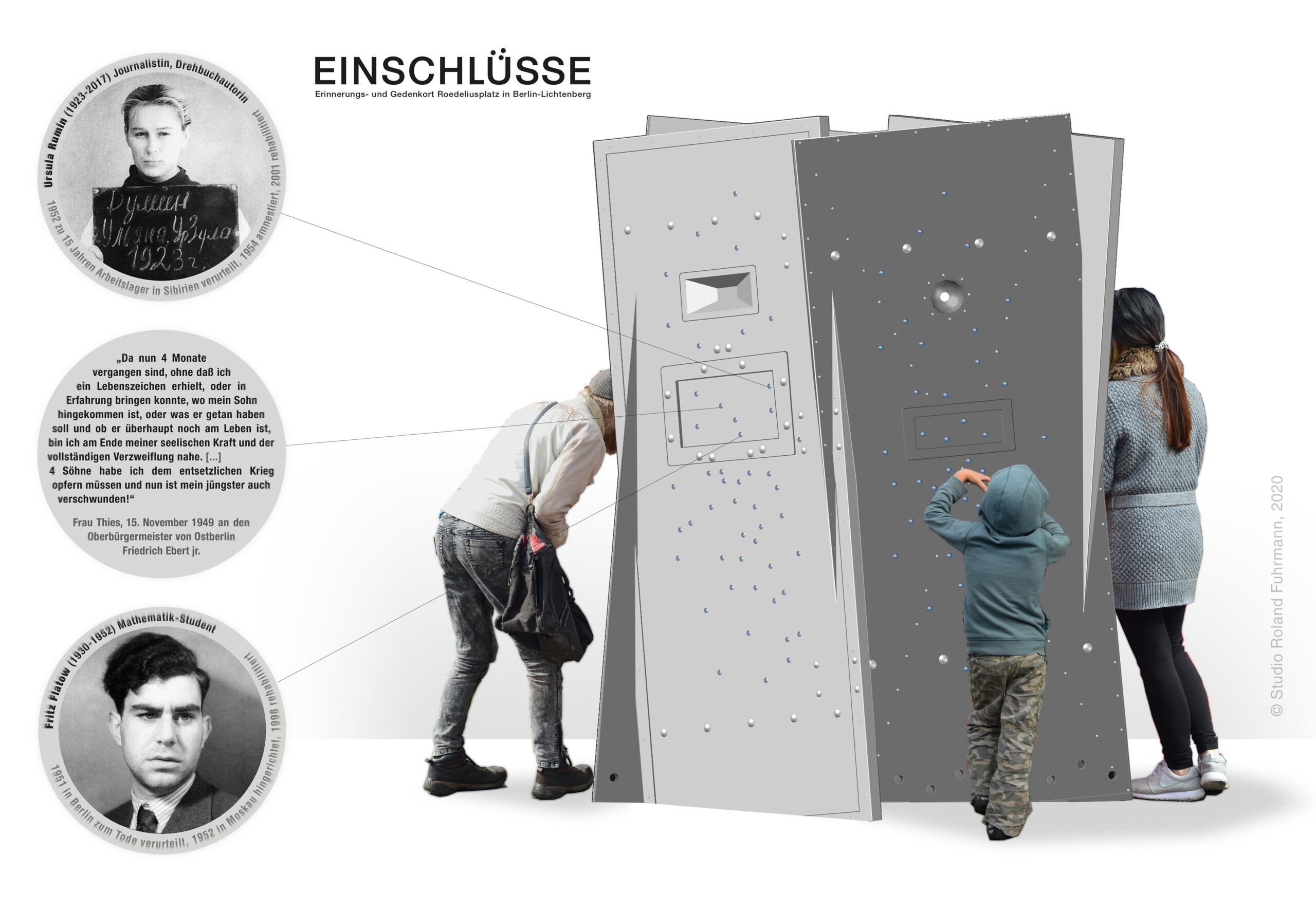 EINSCHLÜSSE (inclusions) is the name of the unanimous winning design by Roland Fuhrmann in the competition for a memorial and place of remembrance for the victims of the jurisdiction of the Soviet Military Administration (SMAD) and the institutions later taken over by the GDR State Security 1945-89 at Roedeliusplatz in Berlin-Lichtenberg.

Statement of the jury:
„The proposed art work is perceived as convincing due to its close and distant effect, its impressive complexity, expressiveness and general comprehensibility, both formally and in terms of content. The approach of the artistic debate is thoroughly participatory. The work has the potential to arouse a great deal of public attention and, in doing so, places the victim’s perspective at the centre in an emotionally moving and multi-perspective way. At the same time, it succeeds in directing spatial orientation towards the crime scenes.“